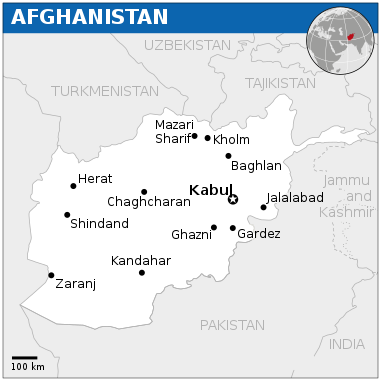 photo credit: Courtesy of UN OCHA/wikimedia commons
When the United States withdrew from Afghanistan last year, the world witnessed the plight of fleeing Afghans on their small screens. The cameras have gone and those who left their homes have begun to rebuild their lives, many in the US, some right here in Sonoma County.
At recent meet and greet for the Afghan families who have settled in Sonoma County at Saint John's Episcopal Church in Petaluma one refugee spoke of their flight from Afghanistan.
"How to move from Afghanistan and how to adjust here is not easy to say in a few minutes," Mohammad Zahir Qaderi said. "It's a long journey. Sad journey. Not easy."
Qaderi and his family have called Petaluma home for the past year.
"I work in Afghanistan as a media advisor and journalist with US Army," Qaderi said. "I have a experience of working also in nursing here. I have certificate of nursing from Afghanistan college. I have bachelor of journalism."
Qaderi said his family’s journey from Kabul last year was difficult.
"From Bahrain we come to DC," Qaderi said. "Virginia, from Virginia we moved to a military camp in Indiana state. Three months. We lived there, you know, in a small house, 18 person, many people crying because many people left behind their son. A small son, one month son. After three mounts we come to California on 6th of November."
But he said with help from a welcoming community they have settled, and have begun to succeed.
"Now I working as a CNA at Petaluma Valley Hospital," Qaderi said. "My son working with a construction company as a assistant director. My five children they are in different grade at Casa Grande and my work schools and my son, which said before about, he is succeed to receive Google Scholarship."
Qaderi said now he has more than just hope.
"With hope you need a plan also," Qaderi said. "I have a lot of plans; to open a restaurant, to open a home business, I have a lot plans."