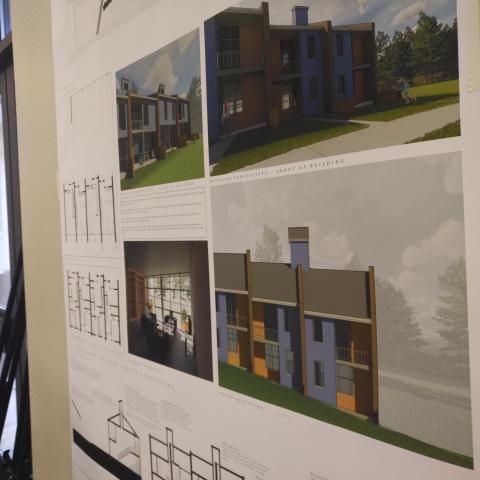 photo credit: Marc Albert/KRCB
In a push to encourage more affordable housing, Petaluma leaders have erased millions of dollars of impact fees it normally bills for new construction.
The council unanimously approved the fee exemption for certain planned or under construction affordable housing projects.
City Attorney Eric Danly said results won't appear overnight, but should appear in the medium term.
"Hopefully, what we'll see is that it makes it easier for the city to support, and bring on-line more affordable housing projects."
Danly said Petaluma has kept pace with regional housing targets generally, but has been less successful delivering units for those at the lower end of the income scale.
A city assessment found that without changes the fees assessed to one of it's current heralded projects, the conversion of a run-down motel under the state's Project Homekey into 60-units of permanent supportive housing, would be assessed $1.5 million in fees.
The exemptions were extended to so-called moderate rate housing, units affordable to a person earning nearly $95,000 dollars annually or a family of four bringing home up to about $112,000 a year.
Officials said they'll consider wider exemptions as the city's new General Plan is drafted.
The exemptions aren't without cost. Less money means other priorities may take longer to deliver. Money collected in fees is reserved for new infrastructure, including new parks and open space and road construction. Officials did not provide an estimate of how much money Petaluma would forego.
Danly said that money would have to be made up somewhere...but expressed confidence that state and federal grants would make up the deficit.
He said the council will likely take that into account as it explores potentially widening fee exemptions.
"Its going to be important for them to be able to see what the potential impacts are to both of the sides, both for delivering affordable housing and to providing the infrastructure the city needs," he said.