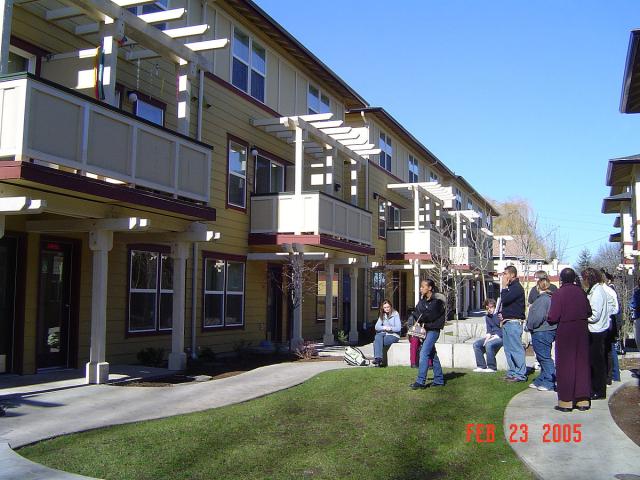 photo credit: Courtesy of Rgkleit/Wikimedia Commons
More changes have been made in Cotati to help meet the city's housing construction goals.
Convoluted and restrictive zoning laws have kept many cities in Sonoma County and across the state filled with low density, single family homes. New state laws have pushed cities to change their zoning rules - including Cotati.
The most recent effort: streamlining the permit process for multi-family homes.
Cotati city planner JP Harries explained.
"It would eliminate the use permit requirement and change it to permitted," Harries said. "It's important to note that though it would be permitted, it does not make it a non-discretionary or ministerial process that any application of this type would still have to go to design review."
While the distinction may seem small, use permits are required for projects that would not otherwise conform to code. By eliminating the use permit requirements in medium density and urban neighborhoods, Cotati removed one major hurdle in the permitting process for multi-family and greater density housing developments.
Harries expanded on the changes.
"The largest effect of eliminating it would be, it might limit the scope of what CEQA would look at, it would be more design review focused," Harries said.
Cotati Vice Mayor Susan Harvey said that with the streamlining of housing development required by the state, informing the public is important.
"The streamlining and changes in zoning and what people can and can't do is not something that people are readily familiar with, and so any opportunity that we can utilize to help educate them on what is within our control and what's not in our control, I think that we have to do that," Harvey said.
Other changes put in place would allow city council members to appeal approved housing projects. And changes to parking requirements, reducing the number of required parking spaces for new developments.