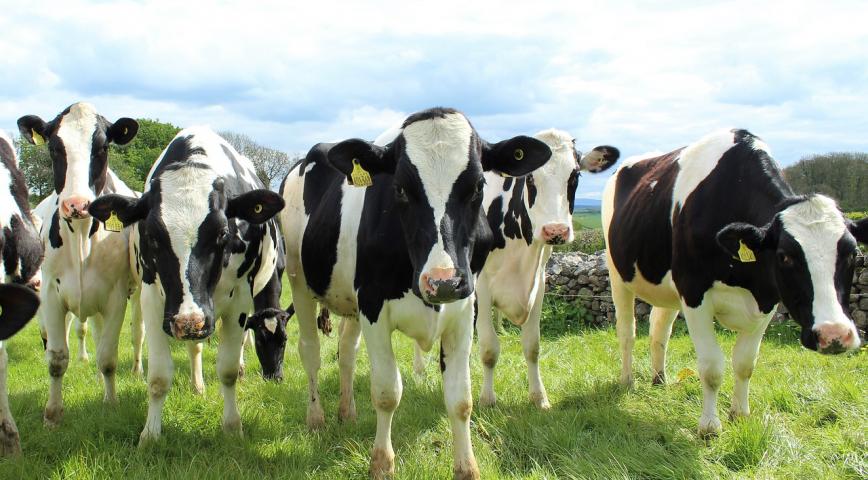 photo credit:
After decades of growing demand, drought and a far-away war are laying low local organic dairy farmers and processors. Without cash soon, it's feared several local dairy operators may soon close up shop.
"We have a drought crisis that is extreme," said Albert Straus, founder and CEO of Straus Family Creamery and something of the dean of sustainable animal agriculture. "Of the one hundred and six organic dairies in California, ten have gone out of business in the last few months, and there's another ten that are expected to go out of business before the end of the year, or by spring at least," he said.
According to Straus, in recent years, prices for organic alfalfa are up between a quarter to almost a third. While cattle graze on pasture when available, the rest of the year, even local dairy cows feed on alfalfa grown elsewhere. Drought throughout the west means less alfalfa is being grown in both the southwest, and northeastern California, two prime spots.
"Water supplies in California and the western united states have been such that we're running out."
A US-India trade spat and Russia's invasion of Ukraine have created additional headwinds. With grain typically fed to commercially raised cattle either unavailable or at considerably higher prices, what's normally fed to organic cows is suddenly in high demand.
"The conventional dairy farms are now buying up the organic alfalfa and forages."
That has translated, Straus said, into organic alfalfa doubling in price. The jump in feed costs is consuming half the income organic dairies earn, Straus said. And those higher prices are atop inflation impacting fuel, labor and other costs.
He says some processors, including Straus have raised retail prices to funnel money back to the struggling dairies. But, he says as prices have risen, sales have plateaued, or even declined as consumers look to economize.
"People that are very committed to organic food are still buying it, but we've done three price increases this year as a brand and a creamery, we've increased the prices to our farms, but it's not enough," he said.
Conscious of the threats, Straus has been organizing. He describes conversations with elected leaders and officials with the US Department of Agriculture as productive and has a petition live on the website change dot org.
Last week, the Sonoma County Board of Supervisors approved a letter of support.