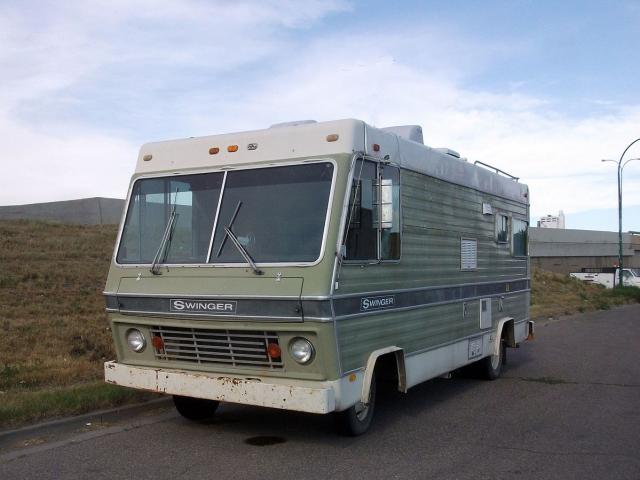 photo credit: Courtesy of dave_7/Wikimedia Commons
The fight over a sanctioned area for people living in RVs continues in Sebastopol.
The city currently faces a challenge in federal court to its RV parking ban ordinance that applies to elsewhere besides the Horizon Shine RV Village. Planning Director Kari Svanstrom noted, the city does not exist in a vacuum.
"There is a rise in homelessness within the state and county for a number of reasons, Covid, housing market issues, opioids, wildfires, and a number of other factors," Svanstrom said. "This has really resulted in more visible impact in cities throughout California."
When many of the residents of the Morris Street encampment moved across town into the new parking area, the material impacts of homelessness moved with them. Neighbors responded with a lawsuit, concerned over what they say are serious detrimental impacts. Zach Imbrogno addressed the council with concerns.
"Almost immediately upon the encampments opening in January of this year, neighbors began reporting increased incidents of trash dumping and loitering at the Redwood Marketplace," Imbrogno said. "Other impacts include graffiti-ed buildings, vandalism, verbal assaults, campers blocking shared spaces like sidewalks, daytime and nighttime noise complaints."
Imbrogno is part of the group Friends of Northwest Sebastopol, who sued unsuccessfully to stop Horizon Shine. They subsequently appealed the recent planning commission approval of a two-year lease extension for the site.
Imbrogno explained one reason for the appeal.
"Last year, several members of the council made public statements that this was a temporary one year program, and that the search for another location would begin as soon as this encampment opened," Imbrogno said. "However, the search appears to have been completely abandoned. The council then dissolved the ad hoc committee for the unhoused, which had been tasked with finding a new location."
Patrick O’Loughlin with Sonoma Applied Village Services, the group that operates the RV village, said the site has been valuable for the city.
"And by moving 18 RVs from Morris Street, we significantly helped Sebastopol," O'Loughlin said. "Except for defending lawsuits from Friends of Northwest Sebastopol, the city has paid zero dollars to the program and has saved a lot of money in terms of policing, sanitation, cleanup costs on Morris Street."
The city council unanimously denied the appeal, fearing a worse outcome should the RV village shutter and disperse residents. Members also pointed to a variety of factors like nearby closed storefronts as contributors to increased vagrancy.