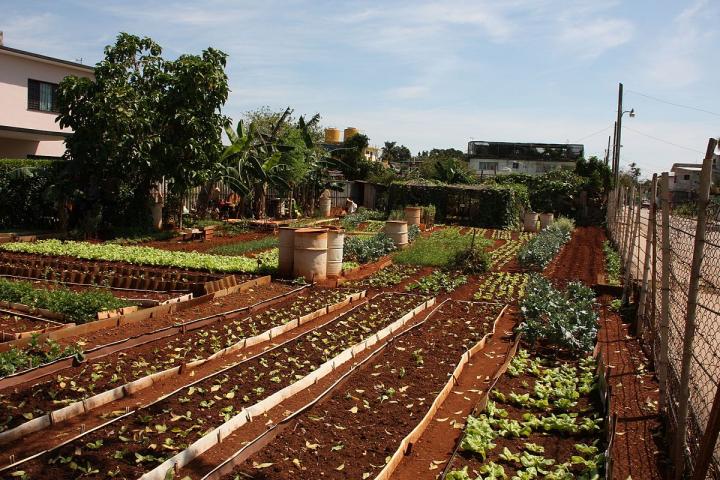 photo credit: Susanne Bollinger/Wikimedia
Residents say it’s been a long time coming, but Cotati’s rules for urban farming have come together.
Open hours between 9 a.m. to 5 p.m.; parking access; two market days a week - those are just after some of the rules put in place after lots of back and forth. Now Cotati residents have the green light to open their own farm stands - with city approval.
An associate planner with the city of Cotati, Autumn Buss, said the city’s rules are meant to balance residential and agriculture needs.
"Urban agriculture may not affect the livability or appropriate development of adjacent properties in terms of noise, water runoff, pesticide runoff, equipment operation, hours of operation, odor, vermin, security, or vehicular traffic," Buss said.
Buss said one contentious aspect of farming practice remains out of city control.
"Pesticides and similar substances; we're not allowed to regulate the use of those substances on private property," Buss said. "So unfortunately, a prohibition, as it's been discussed of pesticides and herbicides, etc., is not possible. But we're stating that the use is discouraged."
Kerry McGrath with the UC Cooperative Extension said urban ag has many benefits.
"Including social, health, and economic impacts, in addition to a multitude of environmental and climate benefits," according to McGrath.
One flash point: roosters.
"I understand the philosophy around having the rooster be there for the hens, but we start getting into these smaller and smaller lots. It could be quite problematic and you could all of a sudden ruin a whole neighborhood if everybody started having roosters," said Cotati's Vice Mayor, Susan Harvey.
Cotati residents are now welcome to apply to set up and operate their own “market gardens,” temporary farm stands, as well as community gardens throughout the city.  As for roosters - owning them remains restricted, with Cotati’s demonstration farm next to city hall, the Veronda-Falletti Ranch, a notable exception.