What to make of the midterms? KRCB News asks a local expert 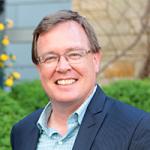 Sonoma State University's David McCuan
photo credit:
As part of our 2022 midterm election coverage, KRCB News spoke with Sonoma State University's David McCuan, chair of the political science department and a local politics expert. Below are excerpts from the conversation between McCuan and KRCB's Noah Abrams on November 9, 2022.
Abrams: "So I know we're, we're still early days. Deva Proto said that they won't expect any update until Friday as far as results go. But, but I was wondering, you know, if there's any local trends or themes you've picked up on so far in, in the races around the county and the North Bay?"
McCuan: "Yeah, I think there are a couple of things that we should pay attention to. Well, one of those is that we should have an update, a, a firmer idea of close to final results by the 15th. 15th or 16th. So we do get an update, later this week on Friday, but we should have a much better idea by Tuesday, Wednesday. And the reason that that's important is because it can affect some local races."
"We have, for example, two women running for, mayor in the town of Windsor, that big number and the big gap, between those two candidates won't change, but it is historic what's going on there. And then you move forward that there's so few competitive races, interesting races. There's so little sizzle this particular time, which is interesting because Sonoma County is a county that likes to vote early and often generally has a high participation rate."
"It's generally a county that's in the top five or six in terms of participation rates of all California counties in this particular election. It doesn't look like that. And there may be a number of reasons for that, but we do have an all mail-in ballot where all registered voters receive a ballot, can mail it in. So if that's going to change in some ways, the participation rates or the historic participation rates, it's very interesting because it's usually harder to go to the polls and physically votes or drop off your ballot as opposed to just mailing it from the comfort of your home or wherever you happen to be. We want to watch those participation rates."
Abrams: "One office many in Sonoma County voted on on Tuesday: city council."
McCuan: "You have candidates running in very contentious elections in the city of Rohnert Park. It looks like three women have won, one incumbent, two challengers, in the city council races in Rohnert Park joining Jackie Elward. So you have a majority city council that is women and that is diverse and, and Rohnert Park's been slow to address some of these issues to get there. And now it's joining the fold, if you will, for what we see in cities and localities across California."

McCuan: "And then obviously there's the fourth district city council race in Santa Rosa. We don't know exactly the number of outstanding ballots, but we know that Terry Sanders is ahead. The challenger. Terry Sanders is ahead of the incumbent Victoria Fleming. It looks like turnout in that particular district is much lower than we might have thought because again, there aren't that many races that are generating sizzle.
"If Terry Sanders is able to upset and unseat, an incumbent that's noteworthy. And one way that it's noteworthy: so Terry Sanders attacked the incumbent. He went after her and he went after the city council. If he were to be elected, when you run against city hall and you run personally against individuals, you attack them, you go after them in very strong ways; how do you then unite the council or get people on your team or do things together as a council?"
"I think that is the big difference between running for office and running the office. Between electioneering and governing. Electioneering is about difference. It's about contrast. But governing is about consensus. It's about the group hug. It's about bringing people together directly. The opposite skills of what get you elected"
Abrams: "What is like a secret sauce to a successful campaign, especially in a local race? What makes somebody successful in a race like that? Knocking on doors, a lot of well crafted mailers, having events and local endorsements? In your experience, what are things that make a difference?

McCuan: "So there is a science behind voter contact and get out the vote efforts, and running with a message or developing a strategy and having the resources to follow through on that. But also, look, there's a bit of an art to this, and part of the art of a successful campaign is having some sizzle, having some issues and grabbing the voters' attention on the issues of that moment."
"So you need more than just resources. You need walkers and talkers. You need dollars. Money is a necessary but not sufficient condition for success. You need endorsements. You need people behind you. You need the community to move with you, but you also need to have that moment, that idea, that connection with voters that allows you to inject some energy into your campaign. George Bush senior back in the day called this 'Big Mo'. You need to generate momentum and you need to generate a buzz around your campaign.

"It's often hard to do that. It's often hard to do that today in a positive way because it's much easier to run with what we call negative stimuli, a negative polarization. I call it junk food politics. You consume it, then you feel bad afterwards. And it means that voters are coming from a negative place, that they're voting against things as opposed to voting for things. And particularly at the local level in California, it's important that you not just run against things. It's important to lay out a vision that is positive about looking forward. There are so many challenges in Sonoma County in the North Bay around what we call issues of quality of life, affordability, housing security, food security, job security, the ability to afford and grow in this area to make it work. And that requires candidates who can lay out a vision of how to get there and how to stay positive while fending off the negative."

Abrams: "Outside campaign money is having more of an impact than ever."

McCuan: "One thing we've also seen in this county, and we've seen this writ large in politics in general, is that independent expenditures or independent groups come in and they flood the airwaves. They flood the mailboxes with negative ads. And that flooding of the airwaves and of mailboxes with negative messages or negative stimuli is hugely problematic, hugely expensive and turns voters off."
"We don't just see that at the national level, and we don't just see that at a recall of a governor or in those elements. We are seeing this at ever lower levels. It's making planning commissions and school boards and city council elections in Sebastopol or city council elections in Petaluma or Rohnert Park. It's making them much more contentious, much more negative, much more expensive; and elongating the period in which candidates run while they're searching for that message."
"All of that is leading to kind of a negative flavor around politics, when what you need to do is energize and engage your base, but also energize and engage swing voters or what we call persuadable voters, those that you can reach and turn, if you will, from one candidacy or from a neutral position to a positive of your campaign. And all of that is fundamentally backed by science, but also has a little bit of an art form to it as well."
Abrams: "What's a race, whether it's for a seat or a ballot measure that you have your eye on statewide?"
McCuan: "So if you look at California, right, deeply blue state, but also a hugely diverse state, and that diversity moves lots of different ways. We also have a state that has the biggest practitioner, if you will, in terms of money, in terms of depth of what is going on with ballot measures. And when we look at that in terms of ballot measures, and we look at that in terms of how that meets with candidate campaigns, we see something on the ballot like Proposition One put on by Toni Atkins from the State Senate, and Democrats, that was designed to enshrine reproductive rights in the California constitution."
"However, it was really designed to draw out moderate suburban voters in key congressional districts across the state. And where it seems to have played an important role is down south in California, Congressional District 41. This is a in district Riverside, California. It's a district held by Republican Ken Calvert. Ken's been around a long time in Congress and we're seeing results in that particular district that are showing a huge influx towards the Democrat, away from the incumbent entrenched Republican."
"We have to unpeel that onion a little bit more to see to what degree that really is what motivated those loaders. But it's noteworthy that you take an issue and you go through the ballot measure process, and you're able to stimulate turnout by five to eight points. And that has a huge increase down ballot as well affecting local races, not just say races for a candidate for Congress. So I think that is a model that's here to stay and something to watch headed to 2024 as well."