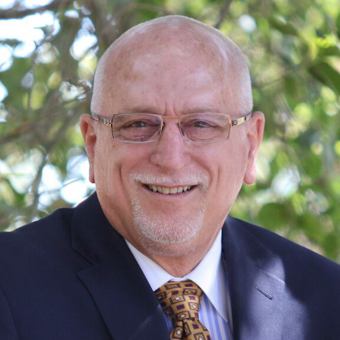 Sonoma County Superintendent of Public Instruction Steve Herrington
photo credit: Courtesy Sonoma County Office of Education
A confluence of demographic trends, COVID impacts and rising costs are pinching many local school districts, likely forcing some tough choices.
"The new normal is declining enrollment, learning to live with less students in the public schools, which means the revenue is going to be down. The new normal is, we have a local teacher shortage, a state teacher shortage and a national teacher shortage."
That's Steve Harrington, Sonoma County's Superintendent of Public Instruction. In California, state revenue flows to districts based on attendance. While illness and hooky play a role, enrollment is a big part.
According to US Census data, there were nearly nineteen thousand fewer children in Sonoma County in 2020 than two decades earlier.
That, Herrington said, is part of what's led several districts, including Santa Rosa City Schools, to launch studies exploring possibly combining districts.
"In the financial part of the study, which is what we shared with the board, was, yes, unification would generate a cost savings, and enhanced revenue."
Herrington said the study found as much as $35 million dollars could be shaved from operating costs.
While figures are large, don't expect major changes overnight.
"This is a very deliberate and long process. It doesn't happen in eighteen months. The shortest I could think of it happening would be two or three years. The longest I've seen one of these take is ten years."
Any school district, city council, the county's LAFCO and Board of Supervisors can however request the county's Committee on District Reorganization launch a process.
Classrooms aren't the only places with empty seats. There's quite a few on a number local school boards. Districts are filling them with appointments. While there are fewer contested school board races this year, Herrington said appointees are being vetted transparently.
"They have to interview in a public board meeting, they have to vote in a public board meeting. There's no closed-session discussions, everything is out in the open."