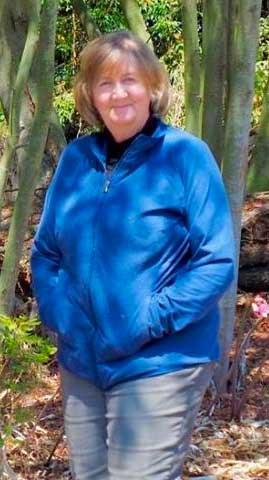 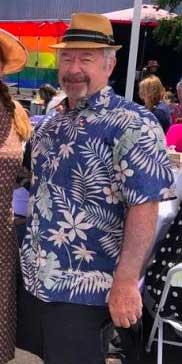 Petaluma Councilman Kevin McDonnell
photo credit: Courtesy Kevin McDonnell
A project manager, a conservationist and two council members are running the be the next mayor of Petaluma, here's a look at the race and its contenders.
It's a four-way race to succeed Teresa Barrett as the elected leader of the county's second-largest city, something of a microcosm of the county as a whole, and facing many of the same problems.
Susan Kirks, a conservationist who said she's been deeply involved in local government for decades, though mainly on the periphery, said she's ready for the town's top elected gig. Her to-do list includes many of the same concerns as others--housing scarcity and cost, prioritizing safety for those getting around on foot or bicycle.
Where she diverges, she said, is in a commitment to reduce acrimony and theatrics at meetings and put elected leaders in the driver's seat. She said for many years power and initiative has been ceded to appointed city managers and city attorneys.
"By strong, I don't mean 'strong-arm,' I mean a presence on the dais. A presence of leadership to really give guidance on behalf of the Petaluma voters. Our Petaluma voters have wanted this for a very long time, people talk about the need for much better-managed meetings, respecting members of the public and communication."
Kirks said habitat preservation and thorough environmental review of building proposals are at the top of her list, while also acknowledging that housing costs are beyond crisis.
"The type of housing we need is affordable housing and also, middle income level, possibly single family homes where people who grew up here might be able to afford to buy."
Sitting councilwoman D'Lynda Fischer, a city planner by trade, shared similar concerns. Answering the challenge will require more vertical construction, especially along main bus routes and near SMART.

"We don't have any more real land available for single family homes. Our growth needs to be multi-family housing around our transit hubs, including our Smart station and a more robust transit system."

Kevin McDonnell, the other councilmember in the race, also sees housing scarcity as a top concern--and the root of other problems.

"There's just not good housing to rent in Petaluma, things are way too expensive, causing ancillary problems like excess, multiple adult roommates in one house, which brings more cars and traffic into neighborhoods, because we have bad housing policy. Housing policy is everything. It's climate problems, it's education problems, health outcomes."

Fischer said really turning the corner means having services near people and people near services. It will invigorate new areas while making errands and adventures less dependent on motor vehicles, she says.

"Traditionally in our city we've segregated our zoning so that we have the single family home area, we have the commercial area and the industrial area. And, I think what we need is more of what our downtown is like in terms of mixed use, where you have active uses on the ground floor and then housing and office above."

Much of that is riding on the city's general plan process. She says such changes would be welcomed if done incrementally, and only where feasible.

Like Kirks and Fischer, McDonnell said safety must be assured for those on foot or bike before the city's can meet its climate goals.

"Getting people out of their cars is one of the biggest helps and so we need for things to be safe for them to do that."

Kirks is touting her solution, a conceptual free 'micro-transit' with both routes and dial-a-ride service.

"This would all take traffic off the road and also provide convenience."
McDonnell said where Petaluma fails isn't in its high minded initiatives, perhaps a dig at Fischer who lays claim to sparking the city's ban on new gas stations, but that in seeking aspirational change, mundane, but crucial services get overshadowed.
"I'm not a single issue candidate. I think in a big city like Petaluma, you need to have broad experiences and broad concerns."

Fischer, for her part, pitches continuity. She said Petaluma has set a positive course and shouldn't change direction.

"We've done so much in the last four years and again, become this climate champion. My fear is that without a strong leader there who can build consensus with the community, and on the council, that we will, in fact, not keep moving forward at the pace we've been moving."

A forth candidate, Patrick Flower, a technology and banking executive, did not respond to multiple interview requests.