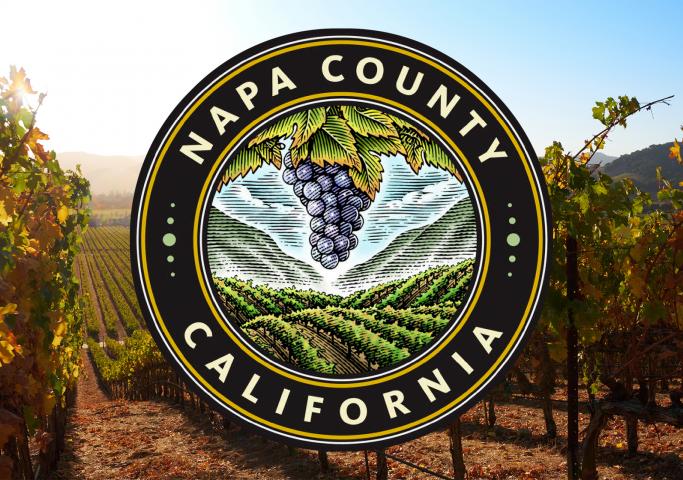 photo credit:
Napa County officials fired back this week at a well-known winemaker in an escalating dispute over whether the county has regulatory authority over a new vineyard project on his land.
On Oct. 13, Jayson Woodbridge of Hundred Acre Wine Group sued the county over claims that local officials have overstepped in their efforts to inspect and permit an "experimental vineyard" on 80 acres of hillside land off Pickett Road in Calistoga.
The property burned in the 2020 Glass Fire and about a year later, Woodbridge cleared the remains of charred trees and other vegetation, according to the suit.
In May of this year, he added an "experimental, non-erosive" dry-farmed vineyard.
Woodbridge contends that neither of these activities run afoul of the county's conservation regulations.
On Tuesday, David Morrison, director of Napa County's Planning, Building & Environmental Services, sent out a news release saying the county obtained a court-ordered inspection notice for the property, that his office's enforcement actions are "well justified and in the public interest" and that Woodbridge's lawsuit is meritless.
"The regulations protect against erosion not only to preserve valuable farmland, but to safeguard local streams and rivers from the impacts of development which can threaten water quality and quantity," Morrison said in the release.
"Napa County enforces these regulations consistently throughout the watershed, whenever violations occur," he said.
The county claims that it has received repeated complaints from the public about the site, that officials have observed new vineyard activity on hillside land and that Woodbridge didn't pull an erosion control permit for the work.
Also, the county says its officials have had on-again-off-again contact with Woodbridge and his lawyer in their effort to access the property for inspection.
"The attorney simply stopped communicating with staff and, to date, the property owner has not agreed to an inspection," according to Morrison's news release.
The county plans to inspect the property as soon as possible and to also to file a counterclaim against the Hundred Acre Wine Group.
"Our actions in this matter are well justified given the plaintiff's failure to cooperate with reasonable requests for inspection of his property and the potential for ongoing damage to water quality and natural habitat," Morrison said.
A spokesman for the Hundred Acre Wine Group said the county's claims are deceptive and fail to account for the fact that much of the vegetation on the property was "utterly destroyed" by the Glass Fire.
"Mr. Woodbridge didn't remove vegetation or trees from the property, the Glass Fire wiped out the vegetation and left nothing but burnt stumps and debris," spokesman Sam Singer said. "It is environmentally irresponsible and dangerous of the county to demand he replant high-fire risk trees and vegetation."
Singer also said the experimental vineyard didn't involve any earth moving activity and that by adding rootstock to the soil, the project has increased protection from erosion.
"The county took this action four days after Mr. Woodbridge's attorneys filed his lawsuit against them for governmental overreach," Singer said. "This is clearly a punitive action by the county against the one person willing to stand up to them."