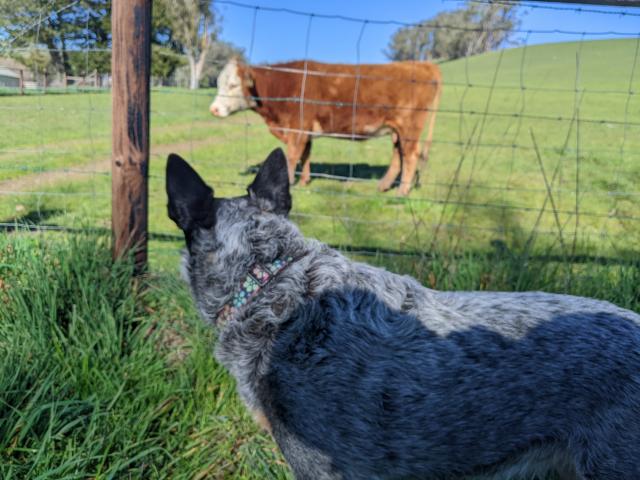 Hard times for ranchers. Soaring feed costs slamming some local ag sectors
photo credit:
In spite of crushing drought, Sonoma County's farms, ranches, orchards and vineyards delivered crops and products worth nearly a fifth more than last year. But the county's latest annual crop report is far from universally sunny. Ag is in flux, with some traditionally strong sectors floundering under drought and lower wholesale prices for certain crops.
Andrew Smith is Sonoma County's agricultural commissioner.
"Overall, our county's total agricultural production value saw an increase of nineteen point two percent, from 2020, our wine grape value was up 50 percent to $540.9 million, due to increased tonnage and an average price per ton increase. Values for apples decreased 24 percent, due to a decrease in tonnage from 2020. This is in part due to a decline in the price per ton for processing apples, aging trees and drought conditions."
About fifty seven thousand acres of the county are planted with wine grapes.
Drought is also hammering local dairy production, Smith said.
"With Reduction in water availability, our producers have had to make difficult choices for their livelihoods and businesses in order to survive. Dairy and livestock producers, as well as hay growers have been hit the hardest."
That's because with drought widespread across the west, hay is less available and more expensive. Poultry and egg producers are facing similar headwinds.
Supervisor Lynda Hopkins lamented the challenges for dairies, urging aid and declaring a crisis.
"Once these are gone, they are gone. There's so little control. The pricing of feed right now is so high and the relative price for organic milk is so low that we have dairies that are hemorrhaging money every month and their only option would be to sell their herd."
But, Hopkins continued, that short term move to stem losses, may make it uneconomical to resume production..."If you're going to buy calves it's going to be at least two years until you start producing again and you're going to have to feed those animals the entire time , and by the way, if you stop milking, it's not like the animals will stop eating."
Simultaneously, new crops are emerging. Some growers have switched to higher value crops, including microgreens and cut flowers.
And speaking of flower, cannabis, which Smith says is now being grown on fifty acres across the county, generated $123 million dollars last year.