Elections are right around the corner. Here's the basics 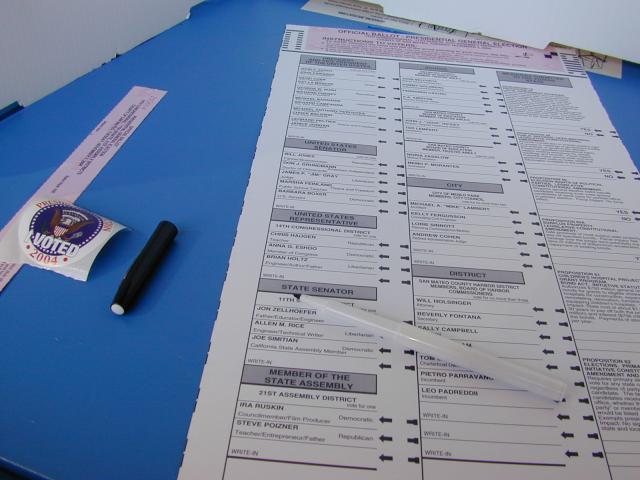 photo credit: Courtesy of Dawn Endico/flickr
On Monday, Sonoma County starts sending out ballots for the November 8th midterm election and a number of seats are up for election across Sonoma County.
Registrar of Voters Deva Marie Proto said there's plenty opportunities for voters to cast their ballots by November eighth.
"In person voting, we have seven locations that will open in the county starting the 29th, and then we have 24 more that open on the 5th of November, so 31 total locations in the county to vote in person," Proto said.
Vote-by-mail advocates say it increases turnout, Proto said it’s too early to tell, at least in Sonoma County.
"I don't know that we've seen a huge difference, but Sonoma County already had a really high vote by mail population, so prior to moving to all vote by mail, the percentage of people that voted by mail was about 85% that were signed up to permanently vote by mail, and then we had more people who would request it for a specific election," Proto said.
Violence and mistrust at the polls have become flashpoints since false claims of fraud were made around the 2020 elections, and the safety of election workers has gained attention.
"We have a great group of poll workers and our training does go over some safety information and de-escalation tactics," Proto said. "We've had a few aggressive voters, but for the most part, we haven't seen necessarily all the issues that different states and different counties are seen."
Proto reminded voters the most important thing is making sure your ballot gets counted this November.
"Sign up to track your ballot," Proto said. "You can do that at whereismyballot.sos.ca.gov. You'll get text messages or emails as we process your ballot. If it's getting close to election day, put it in one of our ballot drop boxes, drop it at one of the in-person locations. That's guaranteed to get back to us on time."