Official responses to civilian oversight on housing shortage are in; blame and responsibility still in contention 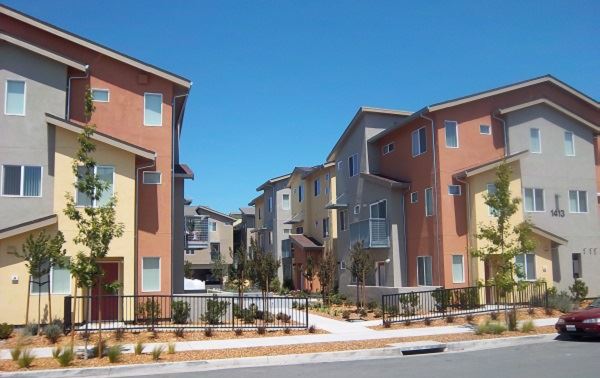 photo credit: Courtesy the City of Santa Rosa
Affordable housing. Everyone’s talking about it, like Caitlin Cornwall with the Sonoma Valley Collaborative.
"Housing affordability is a crisis across the whole county." Cornwall said to the Sonoma City Council at a meeting earlier this year.
Building affordable housing is another thing.
This year Sonoma County’s civil grand jury, a public oversight body often focused on local government, investigated the state of affordable housing. By law, each of the eight cities, the town of Windsor and the county's permitting agency must officially respond to the jury's report.
Cloverdale council member Joe Palla blamed the dissolution of redevelopment agencies by the state in 2012 for putting cities in a bind.
"It's unfortunate redevelopment was taken away," Palla said. "That was a really, really important tool, not only for Cloverdale but throughout the state. They didn't take requirements away, just took the funding away."
But a key reason redevelopment agencies were dissolved is that they siphoned taxpayer money from public schools, police and fire agencies, so many saw it as robbing Peter to pay Paul, so to speak.
Meanwhile, the state has mandated Sonoma County build nearly 15,000 new housing units around the county in the coming years. More than half of those classified as affordable for very low, low, and moderate income families.
When it comes to the county's limited existing affordable housing units, the jury found there's a lack of monitoring to insure occupants' income actually qualifies them for designated affordable units.
Sonoma’s Vice Mayor Kelso Barrnett weighed in
"Sonoma is for a town our size committed to and doing a great job when it comes to affordable housing," Barnett said. "Case in point, most cities, Cloverdale, Cotati, Healdsburg, Rohnert Park, when it comes to monitoring personnel, dedicated onsite monitoring, no, or rare. Sonoma; we have one part-time monitoring personnel and we have some onsite monitoring."
The jury found some cities actively avoid building affordable housing through the "designation of new historic districts, increased landscaping requirements, highly restrictive zoning, and exploitation of environmental concerns."
You can find the full report on the Sonoma County grand jury website.