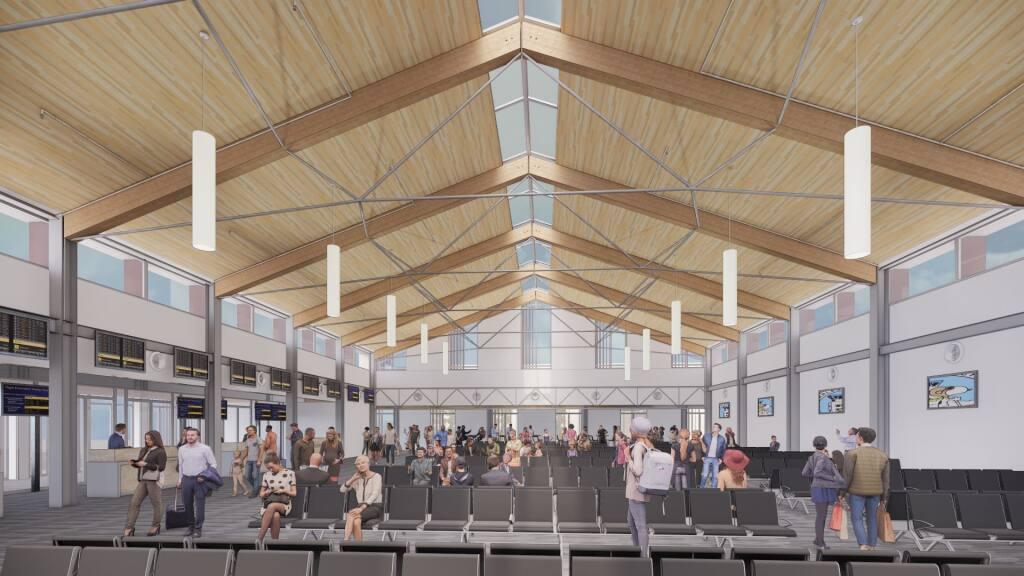 With the pandemic waning, more of us are taking to the skies from Sonoma County.

Airport Manager Jon Stout said, "We're projecting we'll finish the year around six hundred to six hundred and twenty-five thousand passengers, which is up from four hundred eighty-eight thousand in 2019 - our peak year.”

Stout said this new record comes amidst airlines canceling flights, many due to staffing and equipment shortages and increased fuel costs.

In July, United Airlines announced it was suspending service to Santa Rosa on November 1st.

Then, in August, the airports' newest airline partner, Aha!, filed for bankruptcy, ceasing all operations.

According to Stout, "Between American and United, they have left approximately 64 markets since COVID started, and other airlines have that same problem of not enough pilots to do everything they'd like to," he said.

And it's not just pilots. Stout said it's mechanics and cabin crew as well.

Alaska Airlines is also trimming service, but the company says it will begin serving Seattle from Sonoma County with a larger Boeing 737 to serve more passengers starting October 6th.

Stout said Avelo will also use a Boeing 737 in a “single-class" configuration, which will serve up to 189 passengers per flight.

Stout said he's very happy with how Avelo has worked out.

"They've been here a year and a half and are now our second largest carrier," he said.

Construction of a new passenger terminal has been underway since November 2020 and phase two is nearing completion.

According to Stout, the work will be completed and opened to passengers on November 16th. He said the new facilities will offer, “four new gate counters, two baggage claim belts, and about 30,000 more square feet of space for customers.”

Stout added airport officials are also currently working with the Federal Aviation Administration on plans for a new control tower.