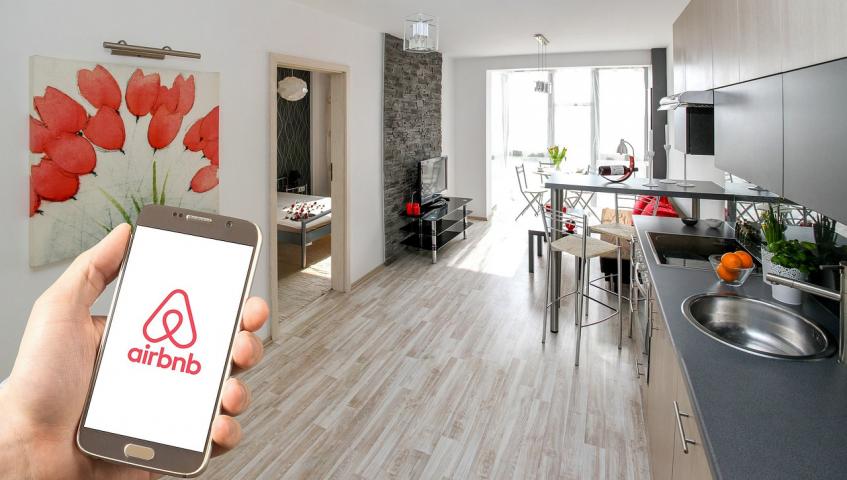 photo credit:
With a moratorium on vacation rentals in Windsor set to expire, town leaders there Wednesday moved to extend it for nearly a year.
Set to elapse a week from Saturday, officials had hoped to present permanent rules regulating short term rentals, but a draft ordinance wasn't ready.
While Airbnb and VRBO are the most well known, about a dozen online outfits offer similar services...enabling property owners to rent a room, a cottage or an entire house for a single night or short stay.
Praised for allowing property owners another revenue stream and offering an alternative to hotels, the burgeoning STR business is also blamed for driving up rents and driving working people out of communities.
Windsor resident Jim Mathieson (math e son) told the council that their popularity and proliferation is also changing how homeowners experience the town's character.
"You can get surrounded by STRs and end up in a hotel row, so that needs to be dealt with before more STRs come in."
That's exactly what Windsor's Lorraine Chandler said is happening on her street.
"I am being surrounded by AirBnBs in my neighborhood. I currently have one next door with a pool, a spa and now they have installed a beautiful rock fireplace right below my bedroom window, and now the house behind me, which has a pool a spa and a firepit is also becoming an Airbnb. It is completely changing our neighborhood."
Dan Gordino, who operates STRs through Wine Country Getaways said noise complaints could be tackled by technology. He said the city of La Quinta adopted tech that records all indoor and outdoor sound at all STRs, uploading data to the cloud. He said the system makes adjudicating complaints simple and straightforward.
The council's four to nothing vote extends the moratorium on new business licenses for short term rentals for ten months and fifteen days, the longest period allowed under state law.