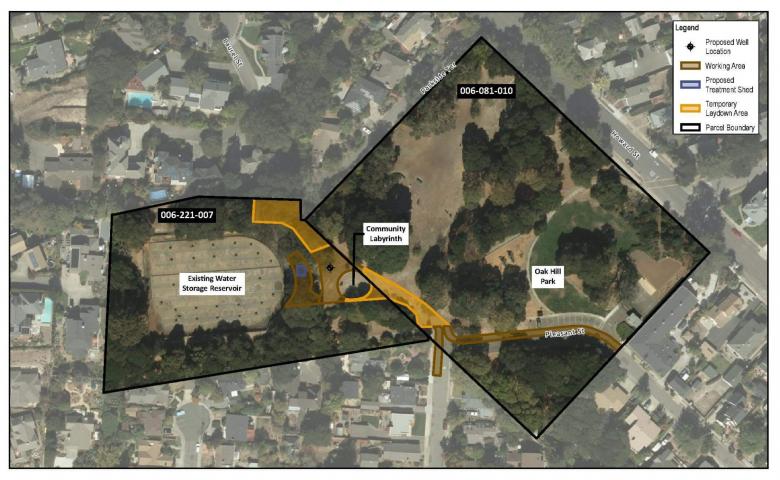 photo credit: Courtesy the City of Petaluma
Like just about everyone else in Sonoma County, Petaluma is looking for more water. They recently made it happen.
Aiming to stave off any shortage, last week Petaluma moved forward with a new municipal well - this time on the city’s west side.
Called the Oak Hill Municipal Well, Dan Herrera, a civil engineer for the city, explained the project’s necessity.
"We have a local production goal from Sonoma Water to deliver 40% of our average day demand." Herrera said. "This is about 4.6 million gallons per day. We have 10 active wells that produce about three MGD. Only about 20, 27 to 28% of that average day demand. So, so we have a little bit more that's needed."
The new well won't run year round. Pumping will only happen when needed--typically during summer months. Nevertheless Herrera said it's very important.
"The project improves our community's water supply resiliency during periods of drought, it enhances our fire protection capabilities in the area and our emergency response, you know, with the incorporation of the recommended mitigation measures the project would not cause any significant environmental effects." Herrera said.
Petaluma conducted extensive public outreach and review, Herrera noted, saying it's part of a push for more comprehensive civic engagement.
"We found that community outreach is a priority and is important." Herrera said. "And I wanted to express my gratitude to council and to the public and to, to show that we are making all the effort that we can to ensure the, the community and the residents in the area are informed at all levels of the project."
While some public comments expressed concern over future infrastructure at the city-owned Park Avenue site and potential impacts to migratory birds, the city council unanimously approved environmental reports, finding it would have no significant impacts, moving the project forward.