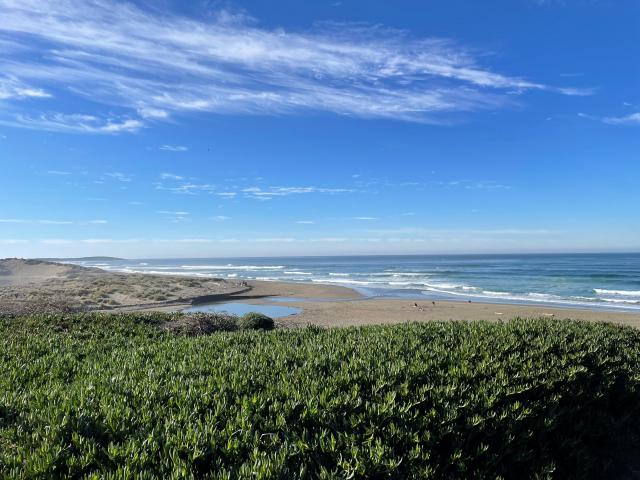 photo credit: Courtesy of KRCB/Noah Abrams
A new blueprint for future development and stewardship along the Sonoma Coast is nearly complete. Why does the coastal area have its own planning document?
"In some ways we could say that this whole process started in Sonoma County, February, 1960, when the board of supervisors approved atomic park and said, that it'd be an inconvenience for the applicant to see the plans before it was approved, this catalyzed and galvanized coastal activism." So said Gary Helfrich. "So we're kind of at the birthplace of the Coastal Act in Sonoma County."
Helfrich, is a planner with the County.
One outgrowth from the activism he described: the California Coastal Commission and local coastal plans, or LCP's, which regulate development along California’s coast.
Now, after 9 years of public outreach, research, and revisions, a new edition of Sonoma County’s Local Coastal Plan is almost ready.
Helfrich said one update includes consideration of sea level rise for any new coastal projects.
"So seven feet is the recommendation that the planning commission adopted and it's a conservative recommendation." Helfrich said. "It's based on an assumption that nobody's going to do anything about carbon emissions. We're going to use this plan to build roads, to locate wastewater treatment plants, as well as develop private property. So we want to make sure it's out of harm’s way."
He said the updated plan aims to address long standing housing concerns too.
"We also had an opportunity to really elevate the priority of affordable housing, farm worker housing." Helfrich said. "We've identified those classes of housing as a local priority use. So it sits in the hierarchy of priorities below public access, protection of environmental resources, and agriculture, but sits above all other development projects."
The regulation of pesticides in the coastal zone and the potential loss of Doran Beach to sea level rise also received attention. Sonoma County’s local coastal plan is set to come before the board for action in October - which Helfrich said gives more time for careful consideration.