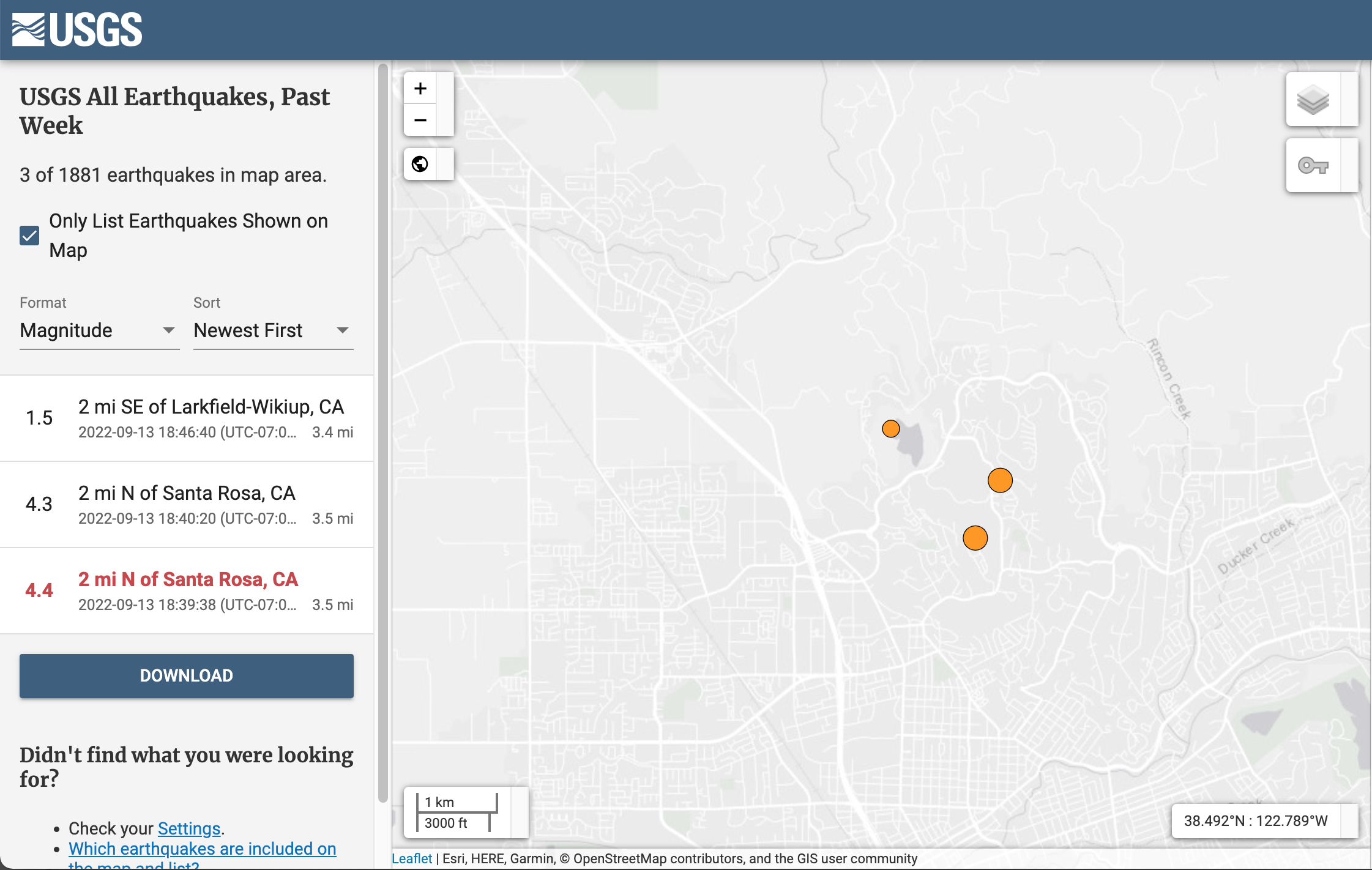 The 4.4 temblor struck at 6:39 pm Tuesday and was centered two miles northeast of downtown Santa Rosa, just North of Cobblestone Drive. It was at a depth of 3.5 miles and felt as far away as Clear Lake, Napa, Oakland, and San Mateo, according to the U.S. Geological Survey website.
A 4.3 aftershock hit less than a minute later at 6:40 pm. That event also struck at a depth of 3.5 miles and was centered not 3000 feet northeast of the initial shock, near Parker Hill Road and Leete Avenue, according to updated data from the USGS.
A minor aftershock measuring 1.6 struck at 6:46 pm, centered just East of Fountain Grove Lake.
So far, no reports of any injury or significant damage.
At 6:40 pm 302 homes and business lost power in Northeast Santa Rosa, but power was restored by 8:40 pm, according to the PG&E website.
At 7:15 pm, Santa Rosa City Mayor Chris Rogers tweeted, "Holy moly, the Mayor really does get blamed for everything! All I see on Facebook is “Rogers fault“ this and “Rogers fault” that. But seriously - hope everyone is ok. We are evaluating infrastructure to make sure we don’t have any damage, but so far we have nothing major." 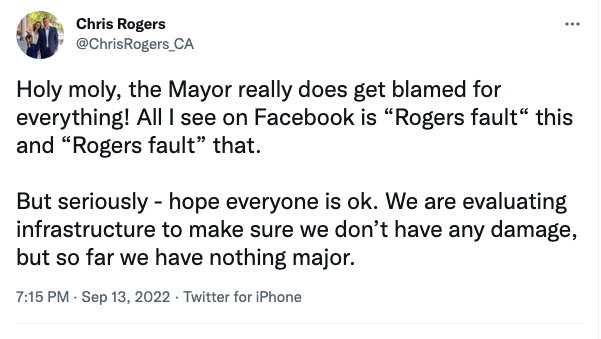 The Santa Rosa Fire Department received several reports of water flow alarms and smells of gas, but no fires were reported.
At 7:01 pm, the Santa Rosa Police Department sent out a Nixle alert advising that the earthquake was felt in the city and surrounding areas and that the department is fully functional.
This is a developing story.