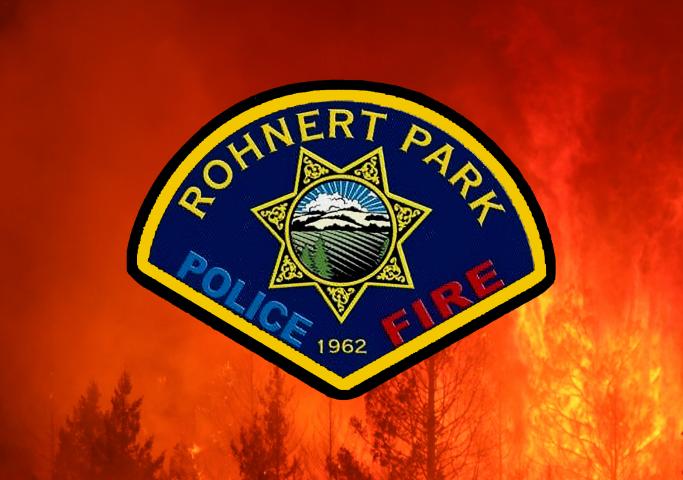 photo credit:
A 2021-22 Sonoma County Civil Grand Jury report has called for greater police protocols and oversight in Rohnert Park after the U.S. Department of Justice accused two officers there of "shaking down" motorists for drugs and cash.
Officers Brendan "Jacy" Tatum and Joseph Huffaker were patrol officers that conducted department-sanctioned traffic stops between 2015 and 2017 along U.S. Highway 101 between Cloverdale and Rohnert Park in attempt to stem the flow of illegal cannabis between Mendocino and Sonoma counties.
When cannabis became legal in California, the focused program wound down and was eventually stopped in 2017, but federal prosecutors allege that Tatum and Huffaker continued to stop people suspected of having cannabis and cash in their vehicles and used their "color of official right" to lean on motorist victims to hand over their drugs and cash or face arrest.
The DOJ alleges that the pair would even falsely portray themselves as federal Bureau of Alcohol, Tobacco, Firearms and Explosives agents to further leverage their power over alleged victims and use unmarked cars.
Last December, Tatum pleaded guilty to the charges of conspiracy to commit extortion under color of official right as well as falsifying records and tax evasion. The DOJ says Tatum extorted at least $3,700 in cash and significant amounts of cannabis from drivers they stopped on Highway 101 by threatening to arrest them if the drivers did not consent to the seizures.
Tatum would make no report of the seizures, did not put the marijuana into evidence, and sought no destruction orders for the pot.
"These seizures were completely undocumented by the officers," the DOJ said.
However, the acts were captured on body-worn cameras.
Tatum allegedly made "hundreds of thousands" of cash deposits into his own private bank account as well as his wife's; each deposit was under $10,00o in an attempt to circumvent banking laws requiring disclosure of the deposits. Tatum also used $46,000 in cash to buy a fishing boat. The DOJ said there were $443,059 in cash deposits and purchases, all unreported on his taxes.
The other officer, Huffaker, has pleaded not guilty and is still facing trial. A status conference regarding his case is set for September 7 in San Francisco.
Enter the county Civil Grand Jury, which opted to examine police oversight -- or lack thereof -- in Rohnert Park, not only out of ethical reasons but because the city has been socked with $2 million in settlements for three racketeering lawsuits stemming from the alleged actions of Tatum and Huffaker.
The grand jury found that "significant progress" toward eliminating misconduct has been made in the city's Department of Public Safety in the wake of the scandal, but that further improvements are needed to enhance oversight and adherence to department regulations, primarily through better oversight by the city manager and City Council.
"It is alleged that the two rogue officers were able to extort drugs and cash from motorists for at least two years without anyone in the Rohnert Park Department of Public Safety or the city manager's office being aware of their illicit activities," the jury's report reads. "Numerous factors were identified as having contributed to the ability of these officers to behave with impunity over the course of several years."
One section of the report specifically calls out the public safety department for promoting Tatum from officer to sergeant in 2015 and giving him the "Officer of the Year" award for his drug interdiction activities. The year before, Tatum led a probation search that was deemed a violation of civil rights of the homeowners and cost the city of Rohnert Park a settlement of $145,000.
The reason the officers received kudos for their drug interdiction efforts was because their seizures regularly exceeded the seizures taken in by larger police forces in bigger cities, the jury said.
"The grand jury found no evidence that red flags or other concerns were raised either in the department or the city manager's office," the report reads. "In fact, it appears they were regarded as model officers by both the rank and file and many supervisors within the department."
The jury offered an example of poor oversight by describing a 750-pound haul of cannabis taken in by the officers, which they publicly claimed to the department, yet only logged a 10-pound sample of it into evidence and no destruction orders for the remaining pot were ever located.
"There is no documentation that the department undertook any type of spot-checking to verify that the cannabis had, in fact, been destroyed."
The jury's report, entitled "Better Procedures to Avoid Future Misconduct," outlines seven findings and seven recommendations.
The jury found that the previous city manager wrote one formal evaluation of the previous director of public safety in five years and recommends that this be done annually. Similarly, the present director of public safety has only received one written evaluation in three years, and it was done six months after he was hired.
The jury suggests that this annual review include input from a "representative sample" of Rohnert Park Department of Public Safety personnel.
The jury also found that there is no procedural requirement dictating regular meetings between the director of public safety and the city manager and that the director of public safety is not required to provide presentations or department updates to the city council in a public setting, which would provide more transparency.
It recommends creating a presentation calendar for the council and greater communication between the Public Safety Officers Association and the city manager. It also recommended that the Department of Public Safety establish a Chief's Community Round Table.
Finally, police vehicle tracking "has been and remains inadequate," said the jury, recommending that the city council provide funding to install GPS tracking on all police vehicles.
The Civil Grand Jury's report requires a response from the city of Rohnert Park, which has yet to answer, and invites responses from Rohnert Park City Manager Darrin Jenkins and Director of Public Safety Tim Mattos.