Healdsburg looks in the mirror on diversity, equity. 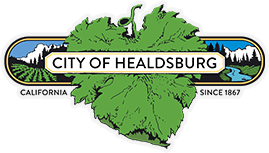 photo credit: Courtesy the City of Healdsburg
The police killing of George Floyd in Minneapolis has sparked a reassessment of efforts inclusion and justice in many municipalities. Earlier this year, looking to reflect on social, racial, and economic inequality, Healdsburg turned to Acosta Educational Partnership - which had done similar work at the city's schools.
Educator and social science researcher Orlando Carreon, said having outside eyes can really help identify and address systemic issues.
"Maybe you're too afraid to kind of lift under that rock to see what's under there." Carreon said. "But that's, that's part of why it's helpful to hire some help. Because often you can't operate on yourself. We try to operate on ourselves, our, our hand might shake."
In mid August, Carreon, Deyanira Nevarez-Martinez and Curtis Acosta met with members of the community and city government.
Nevarez-Martinez said encountering resistance is part of the reflection process.
"Our approach has been as a team is listen to their concerns because that backlash comes from also some kind of other concern." Nevarez-Martinez said. "Usually, is it economic anxiety? Are they feeling the forces of gentrification upon them? And, and then we can talk about the real issues rather than what the perception is."
Carreon said the main focus of their initial work is to strengthen community bonds.
"Fears are created by misunderstandings of not really knowing who your neighbor is." Carreon said. "And we operate on the law of interconnectedness. It disarms people a little bit and say, okay, they're not here to kind of go: gotcha. Right. They're here to, to really learn with us, grow with us and try to make inroads with our community."
The three are focused first on bringing together Healdsburg residents of all stripes through meetings, called 'encuentros.' Then the group intends to develop actionable measures with city officials to address inclusion and equity, within city hall and the community.