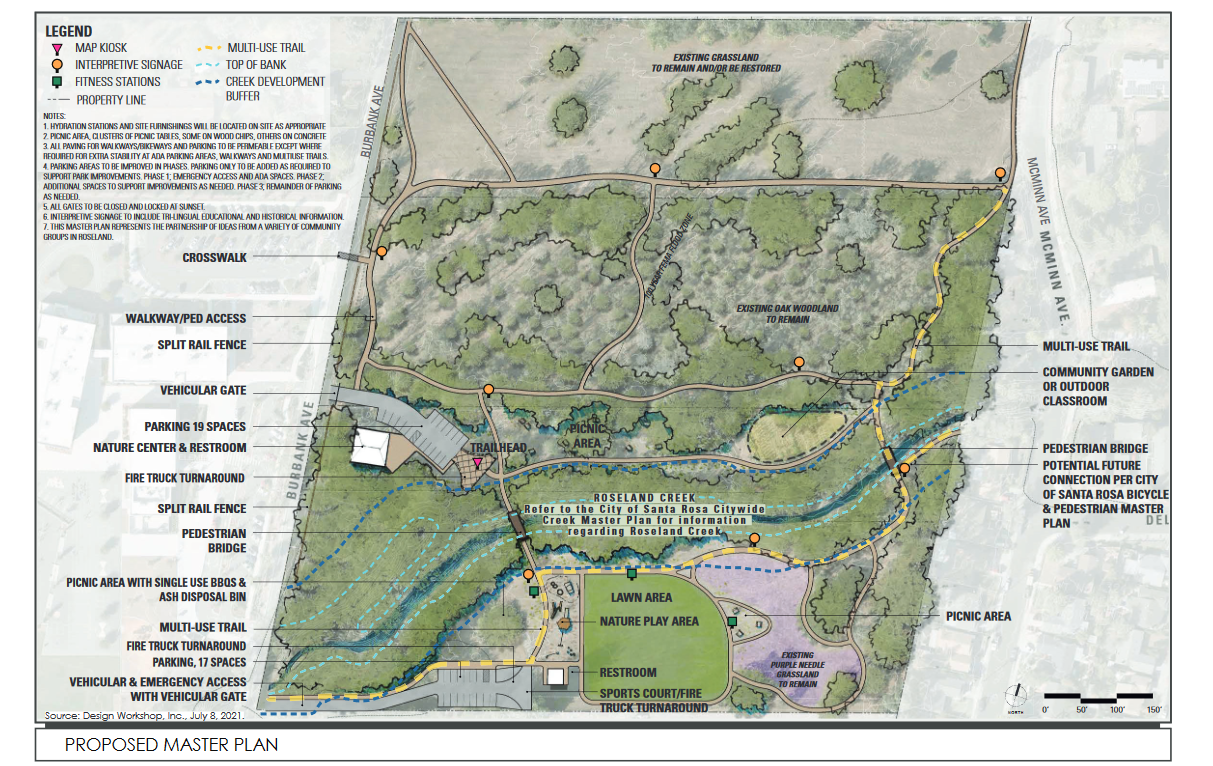 Some neighbors took issue Wednesday with official plans to convert a vacant lot in Santa Rosa's Roseland neighborhood into a local park.

The meeting was held to assure every possible impact is included in an Environmental Impact Report. The city opted to shift course after threats of legal challenges to a previous assessment that said adding formal trails, signs, a play area, a restroom, parking and other amenities would not cause irreparable environmental harm.

"And now all of the sudden it's totally changed,” she said. “I'm kind of wondering where those plans went to, to keep this a nature park, to prevent people from having a bathroom here that will only draw more homeless. And not have a parking lot for the homeless since you are basically inviting them in. We have a lot of traffic, we have a lot of homeless, there's been fires, all sorts of stuff and I am pretty concerned about this type of development in my backyard," she said.

Another neighbor, who identified herself as Janelle, relayed safety concerns.

"We will walk on the fire road, but we don't walk on the little trails in the woods just because there are a lot of...there are people living back there and it feels a little weird,” Janelle said.

Officials said gates would be installed and locked in the evening.

Another neighbor, Jody, citing experiences elsewhere in town, doubted that would come to pass.

"There's people who have actually like permanent furniture there, and they are there every day. Rules aren't enforced," said Jody.

City officials say they hope to release a draft EIR by the end of the year and have it reviewed by the city council in January. If the process moves quickly, construction could begin at the end of next year.