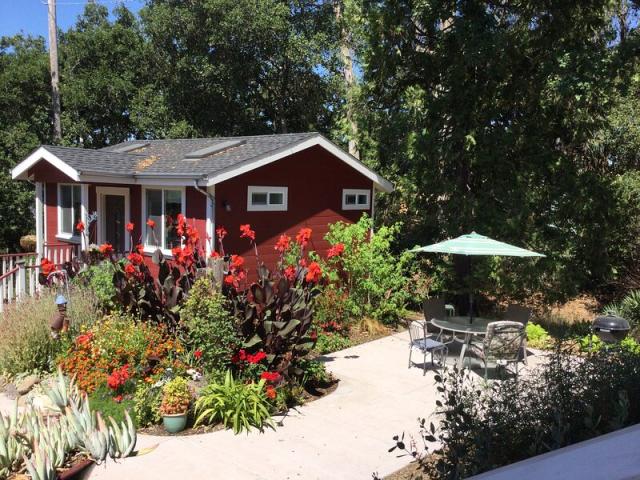 photo credit: Courtesy of Tripadvisor
Another local community is looking to more strongly regulate short term rentals. This time Windsor. The divisive issue of short term rentals has become a concern across the region. Windsor is no different.
Some in the community see them as essential economic drivers, others as cash grabs and a nuisance for neighbors.
Previously approved through a less formal process, Windsor is moving towards more permanent regulations. The town council started by imposing a 45 day moratorium on new business licenses for short term rental operators.
Comments on the issue swung between condemnation of the AirBnB-ing of residential neighborhoods…
"My daughters and their now husbands all went to Airbnbs for their bachelor and bachelorette parties." One commenter said. "I don't want them coming to party in the house, in my backyard all week long. And that's the kind of thing that I want them to be able to do. I'm excited for them, just not in the residential areas in our community."
To deeply personal defenses of the utility of short term rentals beyond simple party destinations…
"I have a severely disabled daughter and eventually the house that we bought will be her house." Longtime resident Tim Kelly said. "She has real problems with transitions. So if I had a short term rental where I could bring her over on the weeks that it wasn't rented and she could live there for a little while, that would make her transition in two or three years into that house so much more meaningful and easy for her."
Council member Mike Wall said ownership concerns should be considered.
"There seems to be a very stark contrast in regards to properties that are owned and managed by corporations or out of town entities versus the properties that are managed by folks that live here in Windsor." Wall said.
Officials now aim to craft permanent rules.
Meanwhile, a hearing to consider prohibiting new gas stations in Windsor, which had been on the meeting agenda, was postponed to September 7.