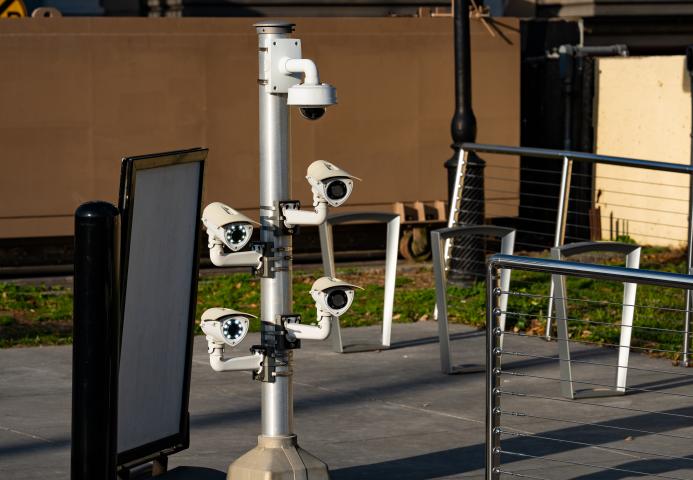 photo credit: Courtesy of Tony Webster/flickr
Lights, camera, Orwell? Following the trend of more than 100 cities across California, Healdsburg moved closer to erecting Automatic License Plate Readers, ALPR’s, at the city’s major entry and exit points.
Considered by law enforcement a tool for investigating crimes, they're also a cause of alarm for civil liberties groups. Healdsburg police chief Matt Jenkins said the system doesn’t gather data on the occupants of a vehicle, but does capture identifying features.
"ALPR technology goes beyond just reading the license plate." Jenkins told council members. "It is also able to detect the type of car, whether it's a sedan, a truck, it can detect the color of the vehicle and certain characteristics like a lumber rack. So the system would allow us to search using certain parameters like that."
One concern raised over the use of ALPR’s - concerns the undocumented, federal intervention and deportation. Jenkins however said safeguards are in place.
"There's two state legislations." Jenkins said. "The Values Act and the Cares Act that prohibit agencies in California from cooperating with federal immigration officials for the purposes of immigration enforcement. So those acts have been codified into government code that would prohibit us from doing that. It is also prohibited within the policy."
But one commenter at Tuesday's council meeting channeled community concerns - saying they are no laughing matter.
"I do think it's dangerous to laugh implications around immigration." The commenter said. "I also think audits are really important in areas around privacy. And I don't think we should take anything for granted right now. The national is volatile. We have people that do in fact, come into office and they create different systems."
Despite serious privacy concerns raised by some council members and local residents, the city council approved ALPR implementation with an amendment that data from the system be deleted after 90 days.