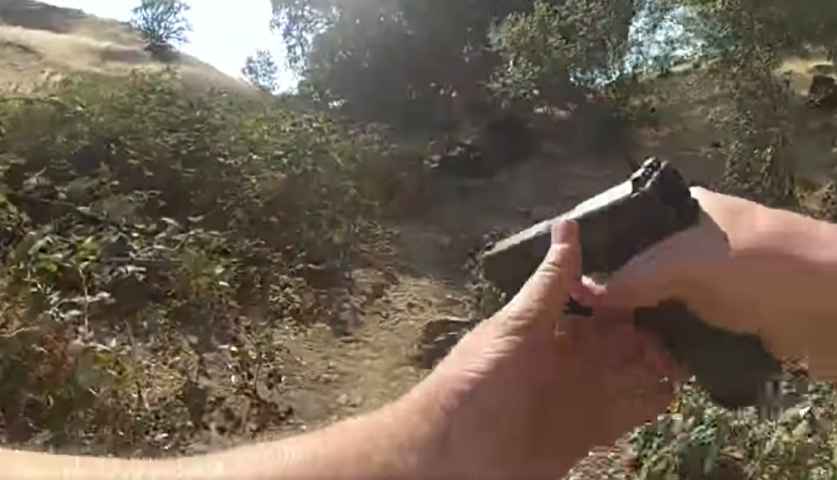 Newly-released video and audio is shedding further light on the shooting of 36-year-old David Pelaez-Chavez by a Sonoma County sheriff deputy August 5th.

Released Sunday afternoon via the Sonoma County Sheriff's Office Facebook page, the 11-minute video includes body camera footage from both officers involved and a slow-motion breakdown of the shooting. As well as audio recordings from two separate 911 calls placed by residents who had confrontations with Pelaez-Chavez the morning of the incident. A warning, we are airing some of the audio.

One resident described an interaction with Pelaez-Chavez to 911 dispatch.

"He was just up here asking me to kill him," the homeowner told the operator. "The man was up here with [unintelligible] three rocks, asking to kill him." Dispatch says, "Just a sec, I have to tell them that, ok?"

The released body cam video includes footage from both deputies. Pelaez-Chavez can be seen running away, and the deputies attempting to engage and issue commands in Spanish, before yelling commands in English while chasing Pelaez-Chavez into Franz Creek.

Pelaez-Chavez can be seen in the video shoe-less and yelling upwards at a sheriff's helicopter circling overhead, while holding a hammer and hand tiller in his left hand, and a large rock in his right. Pelaez-Chavez drops one rock, before being shot three times while bending over to pick up a second rock.

The deputies say they attempted to provide medical care before a paramedic was transported to the scene by helicopter. Pelaez-Chavez was pronounced dead at the scene.

The Santa Rosa Police Department and the Sonoma County District Attorney's Office have taken over investigation of the incident, while the Marin County Coroner conducts the autopsy and toxicology report.