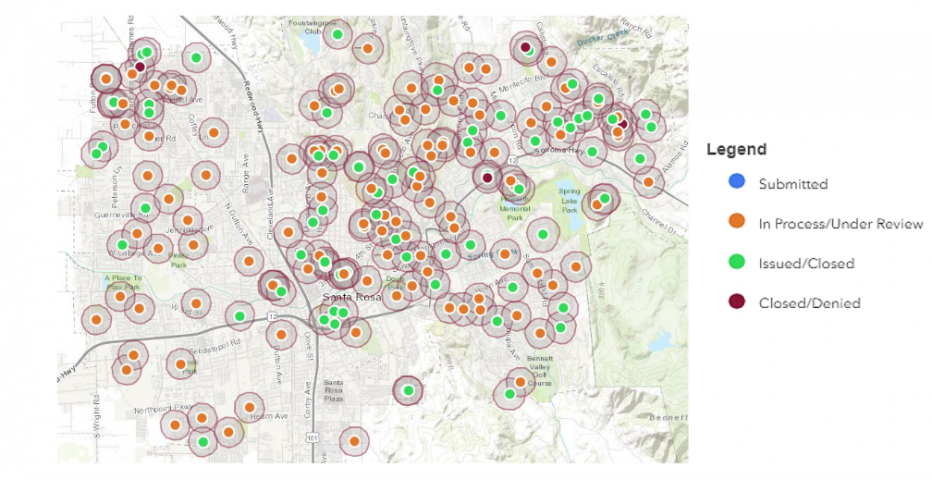 photo credit: Courtesy the City of Santa Rosa
VRBO, AirBnB, Homeaway - the name of the app may be different, but short term rentals have drawn the ire of neighbors all the same. Santa Rosa is the latest local city to put limits on them.
"We live in hell, we live with beer pong. They're drinking, they're partying. I've been yelled at and screamed at for doing yard work." One commenter said. "Why is a city allowing an unmanned commercial business in a residential neighborhood?" Said another. "You have asked a city department that works only weekdays to invest and levy fines for violations that occur mainly on the weekends." Another remarked.
For nearly two hours Tuesday Santa Rosa residents aired comments and complaints about short term, or vacation rentals, within the city.
Ultimately the Santa Rosa city council chose to cap the number of short term rentals where a resident is not present, also known as non-hosted STR’s, at 198 - down from the 215 suggested by staff.
Mayor Chris Rogers said the freeze, adopted as a temporary urgency ordinance, is needed while permanent regulations are crafted.
"We need to make sure that we are crafting rules before we have too many people in the process." Rogers said. "And so until we actually have our rules in place long term, I think that it's reasonable for us to put a cap in place."
One commenter, Charles Metz, pushed back on some concerns voiced over short term rentals.
"In 2021 when we first opened up after lock-down, non hosted vacation rentals were among the first to open up because a family could isolate themselves from people around them." Metz said. "Also, if the city is concerned about some vacation rentals and hazardous areas, do what the county is looking at and require vacation rental guests to evacuate during voluntary orders."
In addition to the temporary cap on vacation rentals, Santa Rosa is in the process of hiring code enforcement contractors, which officials say will allow for after hours enforcement - a major concern of residents.