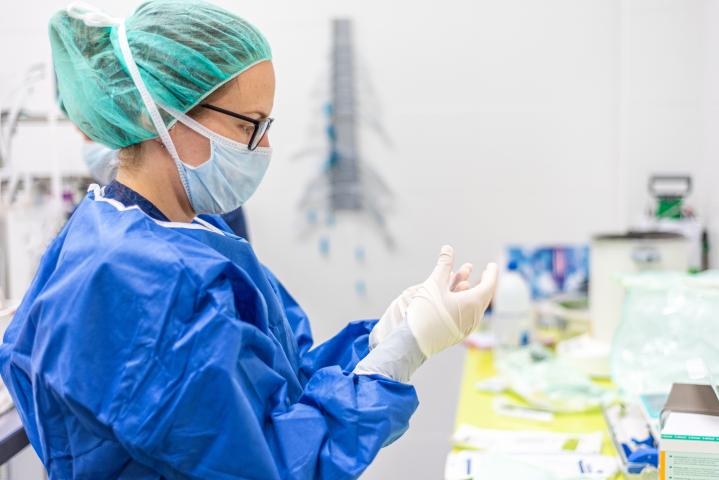 photo credit: Courtesy David Harraez Calzada/Shutterstock
America’s healthcare system is stretched thin and that was before the myriad stresses of Covid. Now for some Providence Health nurses, payroll errors are adding to the pile of issues.
Missing paid time off, base pay reductions, and unpaid hours are among the payroll issues at six Providence Health facilities, including Petaluma Valley Hospital, Santa Rosa Memorial, and Queen of the Valley Medical Center in Napa.
Healthcare workers voiced their outrage at the paycheck errors they say are the fault of a new payroll system. Nurses working for Sutter Health protested the same exact situation earlier this month.
Santa Rosa Memorial registered nurse Peter Brackner described issues at the hospital during a virtual press conference held by the National Union of Healthcare Workers Tuesday morning. He said the pay discrepancies have left precarious workers even more vulnerable.
"With this pay system that they've introduced, we've had at least four of our brand new grads that didn't get a paycheck at all." Brackner said. "I live paycheck to paycheck as many of us do. I can't imagine to have worked two weeks and not get paid at all."
In a statement, Providence said the new payroll system, called "Genesis", was introduced to integrate numerous outdated administrative processes, including payroll, timekeeping, and HR. Despite the issues, Providence said the majority of paychecks have been delivered on time and accurately.
But Brackner said the pay discrepancies fit into a larger pattern of systemic mismanagement.
"They're losing, you know, a hundred plus nurses every year." Brackner said. "Last year we lost 204 nurses. That's approximately a nurse every other day. The hospital no longer can attract qualified, experienced nurses. They're now pretty much only can hire brand new graduates."
Providence said it is committed to resolving the discrepancies, which nurses say occurred July 8th, 22nd, and August 5th. The company said it has provided 207 caregivers affected by the payroll issues a $500 “one-time mitigation payment.” Administrators pointed to quote “routine issues' ' like blank time cards or late correction forms as the source of most of the pay discrepancies.