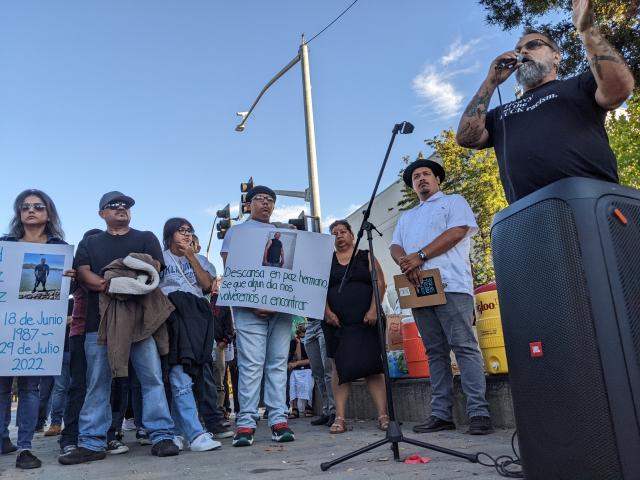 Members of the Palaez family stand silently as activist Robert Evans demands accountability
photo credit: Marc Albert/KRCB
Led by clergy, and adding a solemn, contrast to an otherwise festive Friday evening in Courthouse Square...about 100 people gathered for an hour-long vigil memorializing David Palaez Chavez, a week after he was killed by a Sonoma County sheriff's deputy.
Family members, many having driven from as far as Fresno, stood stoic, still coming to grips with tragedy.
Chavez's elder brother Jose briefly addressed the crowd, with translation provided by members of the North Bay Organizing Project.
(English translation) "It hurts me that after murdering my brother, now they are murdering who he was. For us, he was a son, a brother a family father and a hard worker. My brother did not deserve to die like this. He was a good man. A happy, joyous man"
Local activist Robert Evans, a leader in local efforts for law enforcement reform, said only forceful public pressure would assure a thorough and fair investigation.
"The only way any measure of police accountability has happened in Sonoma County, since I've been working on this for 20 years here, is by the demand of the will of the people." 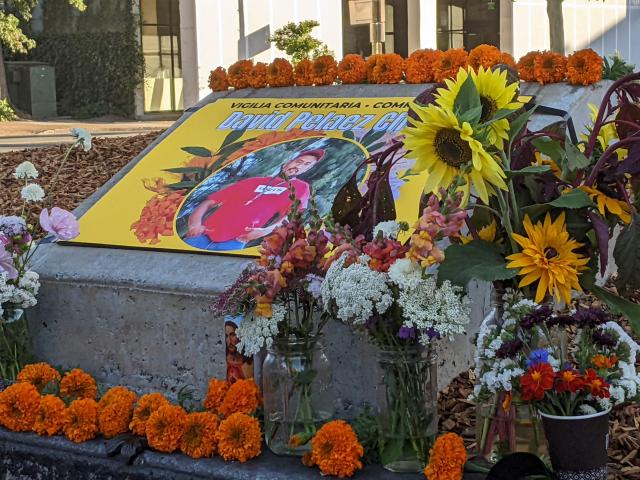 (English translation) "But they don't realize that they also destroyed a mother. A mother who cries day and night and who will never be able to see her son alive ever again."

Chavez's family is calling for an independent investigation into his death.