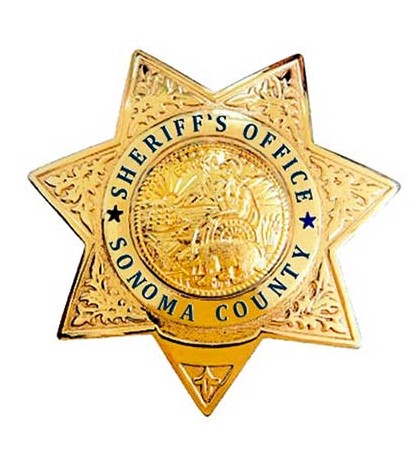 photo credit:
Santa Rosa Police and the Marin County Coroner's office are investigating the shooting death of 36 year old David Chavez of Lower Lake by a Sonoma County deputy Friday.
An autopsy was underway Tuesday. Santa Rosa Police spokesman Sergeant Christopher Mahurin said results of a toxicology report would likely take several weeks.
The shooting occurred in a creekbed Friday morning, where deputies had caught up with Chavez after he reportedly bushwacked a mile barefoot through thick brush.
"Was there any narcotics or drug use that also caused some of his behavior to escalate the way that it did, and like, again, you talked about run with no shoes over a forty five minute period over a mile through areas which normal people would not be doing without proper footwear," Mahurin said.
According to the sheriff's official account, over the course of two hours Friday, Chavez allegedly shattered a window at two homes in a rural area near Healdsburg, stole and crashed two vehicles, fled on foot through rugged terrain and threatened deputies with hand tools and a large rock when confronted.
According to Mahurin, Deputy Michael Dietrick fired three rounds. It's unclear how many struck Chavez.
At one of the residences, the homeowner fired two warning shots. Police claim Chavez urged the homeowner to shoot him before leaving.
While paramedics were staged in the area, a helicopter was needed to reach the scene, delaying treatment for about half an hour.
While the county operates mobile support teams--mental health professionals assisting with certain emergency calls, the teams don't operate in that part of the county.
Mahurin said even with a crisis team handy results may not have been different.
"The officers would still respond to that and ideally what we'd have happen is InResponse would be staged, so as soon as we say, 'hey, so and so, put down their weapons, they would then take over the case."
Sonoma County sheriff's spokesman Juan Valencia told KRCB he did not have access to information regarding Dietrick and use of force incidents or discipline records.
Sheriff Mark Essick and Deputy Sheriff Eddie Engram refused to provide comment. Engram was elected sheriff in June and will soon be taking over the top law enforcement job in the county.
A man claiming to be Chavez's nephew launched an online fundraiser through the website go-fund-me Monday.
Some 30 people had donated a total of $1,895 as of Tuesday afternoon. An interview request was not responded to by press time.
On Tuesday, in the wake of the police shooting, residents in the rugged and secluded area off Chalk Hill Road said they remain confounded by the events leading up to the fatal encounter.
The rural residences where Chavez allegedly first broke a window, and where he was eventually killed, are both located off private gated lanes. Residents who did speak with KRCB News asked not to have their identities disclosed.
One resident, who said they suspected drugs to be responsible for Chavez's erratic behavior, said they originally believed Chavez to be part of a gardening crew who regularly works on the property.
According to the sheriff's office, as events unfolded Friday, Chavez allegedly stole a gardener's truck. The homeowner says the gardener--whose truck was allegedly stolen and crashed by Chavez--was shaken by the incident, having been dragged by the vehicle a short distance attempting to stop Chavez, and was distraught at the damage caused.
Residents told KRCB News they hope to put the incident behind them and for any attention on their neighborhood to quickly disappear.