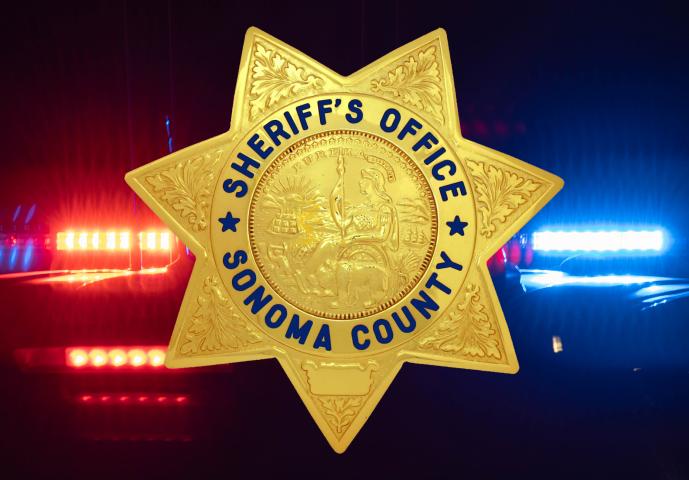 photo credit:
The Sonoma County Sheriff's Office has released the identity of the man killed in an officer involved shooting on Friday as well as more information about the killing.
36-year-old David Pelaez Chavez of Lower Lake was shot and killed by a deputy after officers said they repeatedly asked him to drop a claw hammer and a tiller and threatened to throw a rock.
According to the sheriff's office, its communication center first received a phone call at 7:30 a.m. on Friday about a suspicious vehicle in the 10000 block of Highway 128 in Geyserville. The vehicle had initially arrived there at 5:30 a.m., the sheriff's office said. Deputies arrived and found a silver Nissan with no one inside; the car was not stolen and no crime appeared to have occurred, they said.
At 8:20 a.m., the call center again received a report of a suspicious situation at a residence in the 5200 block of Tre Monte Lane in Healdsburg. The resident said that someone had just tried to use a rock to break a window at his home. A follow-up interview revealed that the homeowner said Chavez walked onto his property carrying large rocks. He was not wearing any shoes. The resident said he armed himself for his own safety. Chavez allegedly walked over to the exterior door of a bedroom and used a rock to smash the windowpane of the door, deputies said. The armed homeowner told Chavez to leave, firing off two warning shots to get the point across. Chavez then encountered an employee of the homeowner, forced him away from his truck and started to drive it away, dragging the truck's owner 20 feet. The truck's owner did not sustain significant injuries. Chavez then drove through several vineyard gates and property fences. Ultimately, he crashed the truck into a ditch near the 5600 block of Tre Monte Lane.
From there he went on foot to another residence in the same area, the sheriff's office said. He was carrying several more large rocks and went to the back of the residence. This homeowner also armed himself and told Chavez to leave his property. Chavez allegedly told the homeowner to shoot him.
Chavez then fled southeast toward Thomas Road in the 5600 block, where he found a Gator-style utility vehicle near a ranch storage area. He stole the vehicle and drove east on Thomas and then south on rural roads. Chavez drove through two more ranch gates and then crashed the utility vehicle on a rural road.
After that he fled on foot over dense hillsides, heavy brush, up steep terrain and through creeks with no shoes, deputies said. Before deputies could stop him, he had traveled about one mile in 45 minutes, they said.
Once deputies met up with Chavez, they allege that he repeatedly made "nonsensical" statements and refused to drop his weapons, which were a claw hammer and a tiller in one hand a big rock in the other.
Deputies allege that Chavez threatened to hit one of them with a "cantaloupe sized" river rock.
Another deputy then engaged with Chavez, and allegedly told him to drop his weapons again. The sheriff's department said that Chavez refused and continued to yell nonsensical statements. He dropped one river rock, bent over to get another and allegedly indicated that he was threatening to throw it at the deputy, the sheriff's department alleges. The deputy then fired three rounds, striking Chavez an unknown number of times around 10:03 a.m.
A paramedic was flown into the heavily wooded area to render aid to Chavez but he was pronounced dead at 10:29 a.m. An autopsy will be completed on Tuesday.
The deputies involved in the event are Deputy Michael Dietrick and Deputy Anthony Powers. Both men are on administrative leave, the sheriff's office said. An investigation into the shooting has been undertaken using the Sonoma County Critical Incident Protocol and the Sonoma County District Attorney's Office is also leading an independent investigation.