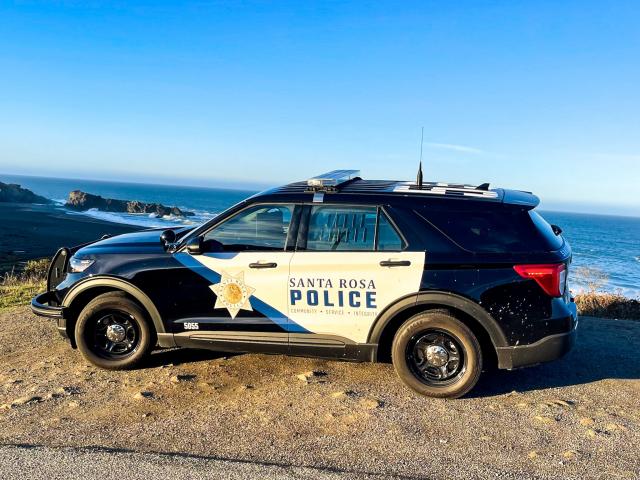 photo credit: Courtesy of the SRPD
Police departments across California are being compelled to transparency in unprecedented ways. Projectile launchers, chemical agents, and armored vehicles are just some of the gear designated “military equipment” by AB 481. AB 481 is a 2021 state bill aimed at promoting police transparency and protecting civil rights.
As part of the bill’s requirements, this week the Santa Rosa Police Department disclosed its equipment; and it needed a sign off from the city council on how the department uses that equipment.
The SRPD has eight of the eleven items designated in AB 481. Police Captain Dan Marincik detailed the current inventory and said the equipment is necessary to help in situations like active shooters or high risk arrests.
"They really just, they give us those options that we need to safely resolve, really, these violent, volatile incidents and to maintain the safety of our community." Marincik said. "Again, these are infrequent events, that doesn't mean we can't be prepared for them, and we need to have the effective tools in our place to be able to deal with them and, and really maximize the safety to the community and to us as well."
Members of the public balked at the inventory and use policies though. Commenter Alyn Wolves decried the department’s need for “military equipment”, which he said is more likely to be turned against residents than violent criminals.
"So all of this is just fear mongering." Wolves said. "So police can have new shiny toys. When these weapons of war have been used on our citizens in the past, which they have, it's been against peaceful protestors and have caused serious, serious injury. And the city was sued for that."
A commenter identified only as Allegra blasted the police claims that the “military equipment” is used for de-escalation purposes.
"You have a couple social workers on the city council." Allegra said. "I wonder how they would feel about the use of the word de-escalation. When we talk about using a slightly less harmful weapon against a human being."