Researchers looking for local wildfire victims to tell their stories 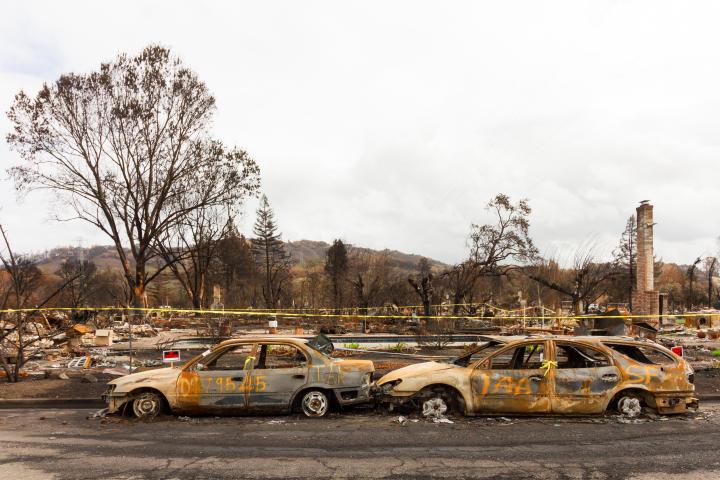 In recent years, wildfires have kept devastating Sonoma County, a trend that may only increase as climate change progresses. So why do so many people opt to return after fires like Tubbs, Kincaid or Glass?

A team of researchers at the State University of New York at Albany have designed a study focusing on how something called 'place attachment'  influences where people choose to live following a disaster.

“Place attachment is really a concept that captures the emotional and functional paths that people have to place and where they live,” said SUNY Albany Professor Alex Greer. “So it’s the idea that your home, or your community, is more than just what it's made up of, it's also the memories you’ve made there, the fact that you’ve raised children there…but also the functional paths, the things like it’s affordable, it has easy access to the bus line…it’s all those components that make place special for someone.”

Researchers will use a unique method called photovoice, an approach that lets survivors of a disaster tell their own story.

“Photovoice is a process where…you ask them to take photographs over a two or three month period based on a set of prompts that you give them,” Greer explained. “So a prompt might be something like ‘take a photo of somewhere important to you,’ or ‘take a photo that encapsulates what you lost after the fire'…and the idea there is that if place is such an important concept in recovery decision-making and housing decision-making, then letting people tell those stories through photos and through their narration of the photos will give us a really good understanding of the context in which they’re making decisions.”

Greer said he hopes the findings will be used to inform policy decisions after future disasters.

“We’ll be able to figure out things like what people think are important in reconstruction, for instance,” Greer said. “In [2005's Hurricane] Katrina, there was a lot of back and forth about, 'do business come back first or do households come back first?' So I think that by seeing what people are taking photographs of and what they’re talking about as being important to them, then policymakers can incentivize reconstructing some of those items earlier.”

The study, conducted over a two-year period, is looking for participants over the age of eighteen from Sonoma, Lake, and Butte counties whose homes have been affected by wildfires since 2015. Those who may be interested can visit the study’s website: https://hps.unt.edu/emds/place-attachment-mitigation-and-recovery.