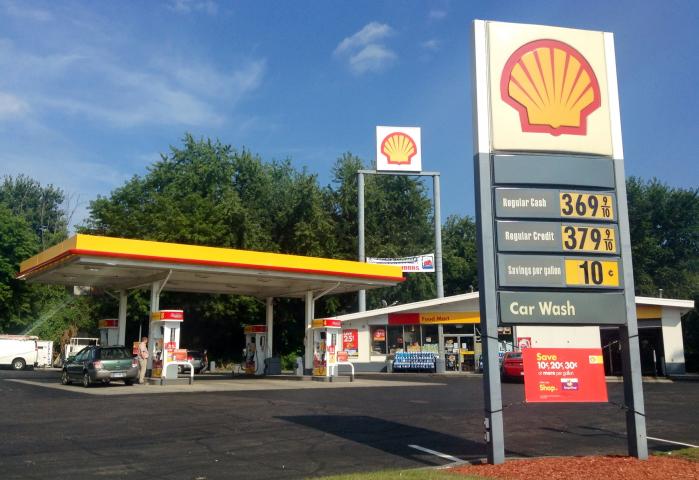 photo credit: Courtesy of Mike Mozart/flickr
High fuel prices remain a persistent concern across the state. But with an eye to a post-fossil fuel future, some cities in Sonoma County are preventing new fossil fuel infrastructure.
Petaluma, Sebastopol, Rohnert Park, and now Cotati. The fourth and latest Sonoma County city to ban construction of new gas stations and fossil fuel infrastructure.
Here's senior planner JP Harries speaking at a recent Cotati city council meeting:
"There are currently five service stations in Cotati and another 11 in Rohnert Park." Harries said. "So there is abundance of gas stations. There's nobody that is burdened by not being close to a gas station. We have plenty, and when you get there, the lines are not long."
Woody Hastings is with the Coalition Opposing New Gas Stations, advocating against new fossil infrastructure since 2019. He celebrated Cotati’s decision and said he sees it as part of a broader effort to transform our transportation infrastructure.
"Let's not look at the snapshot of where things might be today or yesterday." Hastings said. "What is the trajectory here? And the trajectory is that fossil fuels will only increase in costs. Fossil fuels are finite fuels. It's not a question of whether we need to or should phase out of fossil fuels. It's a question of when."
Hastings acknowledged the challenges presented by rising fuel costs, but said rising costs should be viewed as a catalyst to transition away from fossil fuels, not expand production of a finite resource.
"All of the jurisdictions in Sonoma County have adopted climate emergency resolutions." Hastings said. "We need to really change everything about our transportation system, expanding public transit, improving it, making it desirable to actually hop on a bus or a train, and also to make our cities and county more bike-able, more walk-able."
The ban on new gas stations and fueling infrastructure doesn’t prohibit construction like cosmetic or traffic safety improvements at existing stations, and it does allow for modifications to install electric vehicle charging stations.