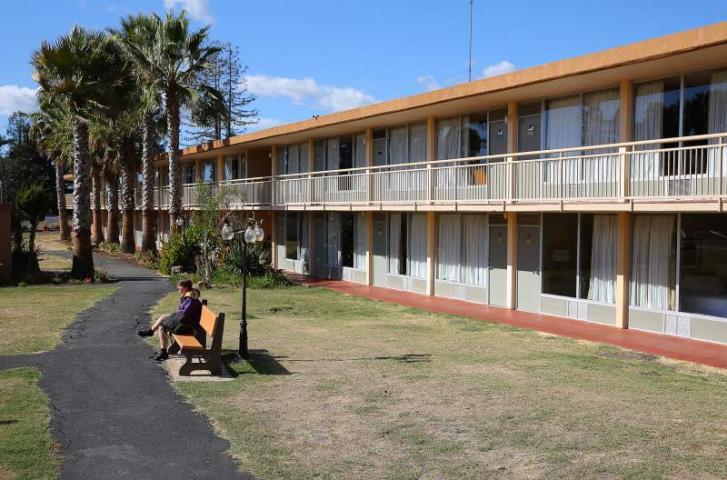 photo credit: Courtesy of the Palms Inn
KRCB previously reported on allegations of violence, neglect, and squalor at a supportive housing facility south of Santa Rosa. The property's owner and service providers say the situation is more complex. With residents more empowered, operators said they have less leeway or control.
“The most vulnerable.” A phrase used by both Akash Kalia, owner of the Palms Inn, and Jennielynn Holmes, Program Officer with Catholic Charities, a service provider there, to describe residents at the motel turned supportive housing.
Holmes said the facility is geared toward the most vulnerable.
"We've particularly targeted those who had been on the streets for the longest period of time." Holmes said. "People with co-occurring disorders, whether it's mental health or substance abuse. And we've really tried to bring those people into housing."
Holmes said though, the fact that residents are paying tenants complicates matters.
"These individuals are tenants so they can choose to participate in case management or not." Holmes said. "Tenants have rights. Part of that is people can have visitors. So our role is to encourage healthy connections and to try to get them to voluntarily understand the impact that might have on the rest of the community."
At a press conference on June 15th, KaLane Raposa, a resident at the Palms Inn described decrepit and unsafe conditions at the facility. Mold covered walls, thefts, and outside drug dealers; echoing findings from a May report in the Press Democrat.
Kalia in a written response acknowledged the issues, saying steps were taken to address code violations, remove mold, and install extra security. Holmes also pointed to the increased security and maintenance, and noted that Catholic Charities caseworkers at times help tenants maintain their rooms. But she says, part of the approach at the Palms is to allow tenants to live more independently.
"Old models of case management used to require certain things to keep your tenancy." Holmes said. "In this model, we kind of honor client journey, do all we can to keep them engaged and to keep them not in violation of their lease. But we also have to respect that they do have their own individual rights."