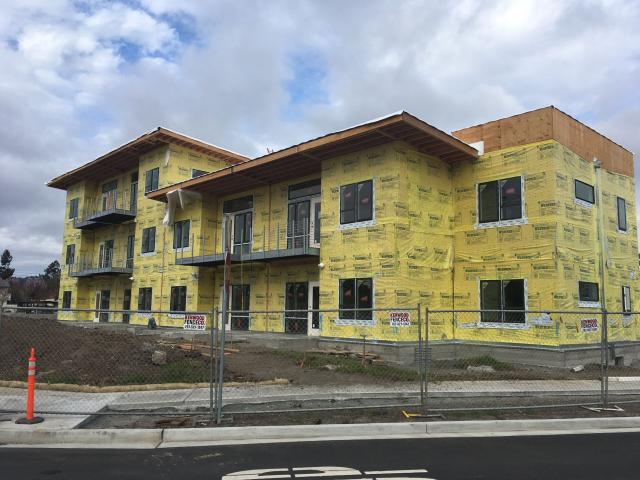 photo credit: City of Santa Rosa
The county’s biggest city is facing a housing conundrum.
Santa Rosa must lay the groundwork for more than ten thousand housing units to rise over the next nine years if it wants to maintain control of local housing decisions, according to Mayor Chris Rogers.
“We lose local control…if we don’t follow RHNA, if we don’t satisfy RHNA, we lose local control over the ability to approve projects in the city, and so it’s worth maintaining to have that say over the community that we serve.”
The housing needs plan, required under state law, anticipates how many units will be needed across all income categories in the future. While municipalities aren't in the home construction business, they must have rules in place that would allow builders to deliver.
Citing pushback against affordable housing plans, Rogers said the issue is poorly understood.
“What I hear often times from people is ‘isn’t it a self-fulfilling prophecy”... an if you build it they will come mentality. And I do know that they take into account job growth, necessary workforce, I do know that they take into account local available resources, and so just figuring out how to better message that…”
According to Amy Lyle, with Santa Rosa's planning department, construction in recent years has been reactive. Rebuilding neighborhoods in the wake of recent wildfires, delaying progress in building low-income units promised in previous housing plans.
“A lot of our construction industry has been focused on rebuilding, and not on building new units. So that has been another reason why this cycle has been very challenging,” she said.
Another complication has come. Sonoma County’s request for the city to absorb some of its regional housing allocation. If accepted, Santa Rosa will have to build an additional eighteen hundred units. If everything goes according to plan, the city will submit its final housing element to the state early next year.