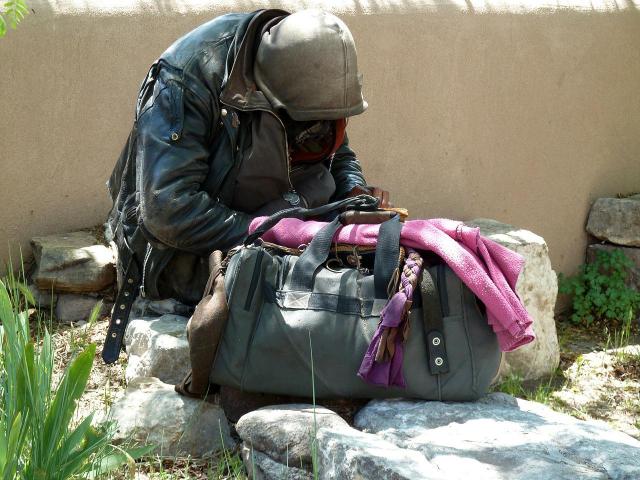 photo credit:
It’s promoted as a salve against the worst aspects of poverty, and also dismissed as a giveaway that will undermine initiative. The roll out locally should test both arguments.
Buying food, paying off debt, saving for college; what would you do with a couple extra hundred dollars a month? The County of Sonoma, in conjunction with First Five Sonoma County, wants to find out.
‘Guaranteed basic income,’ will put an additional five hundred dollars a month in the pockets of 305 eligible local families for two years. It’s set to launch as a pilot project in January. Officials will also track recipients, adding to a growing body of research about the positives and drawbacks to distributing direct aid with few strings.
Funding will come from Sonoma County, as well as the participating cities of Santa Rosa, Petaluma, and Healdsburg. Angie Dillon-Shore, executive director of First Five Sonoma County, said local organizations will help with multilingual outreach.
“Each of those organizations will be participating in intensive outreach… especially, really emphasizing reaching the most marginalized families who would be least likely to participate or to even fill out the application.”
Dillon-Shore said guaranteed income is meant to provide immediate help. She said the county will have waivers in place, assuring that recipients aren’t bounced out of CalWorks or MediCal because they’re suddenly getting other help.
“Guaranteed income is supposed to raise the income floor, not replace public benefits.”
The program comes as the concept gains political traction. Stockton was the first U.S. city to experiment with basic income, five years ago. While it inspired other cities to follow, the program in Stockton ended following a change in city administration. Presidential candidate Andrew Yang, also championed the idea, though his candidacy failed to gain traction. The idea has yet to attract support on a national level.