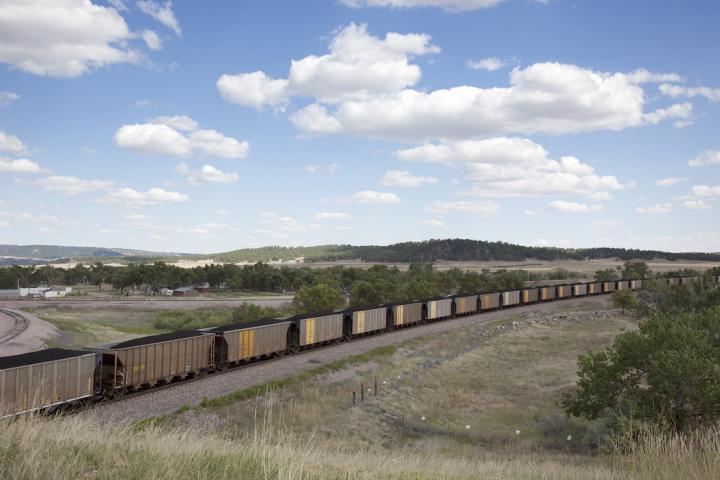 photo credit:
Plans to resurrect the long derelict Northwestern Pacific railroad appear dead.
Federal regulators Friday rejected two proposals, including one by investors apparently intending to export Rocky Mountain coal to Asia via the rail line and the Port of Eureka.
The federal Surface Transportation Board rejected the group's offer because it missed a key deadline. The group had said it's chief attorney was on vacation and unable to submit the paperwork in time.
Representative Jared Huffman celebrated the ruling.
"For everyone who's been worried about this toxic coal train proposal, it is for all intents and purposes, dead."
The proposal sparked opposition from environmental groups and elected leaders.
Concerns included potential environmental damage along with disruption to both road and rail traffic by long, slow trains. The trains would ply SMART's tracks through southern Sonoma County. Those behind the revitalization plan oppose plans pushed by local elected leaders to build a recreational trail adjacent to the line, stretching from SMART's multi-use path to Arcata.
Regulators also cast aside a separate group's plan to rent out special bicycles, designed to run on railroad tracks, along two short track segments in Humboldt County. Officials ruled the group failed to prove it had the financial resources to follow through.
A third proposal, from Mendocino Railway, operators of the Skunk Train---remains. It would rebuild a dozen miles of track north of Willits to an aggregate plant, enabling the railroad to ship rock and gravel.
Mendocino Railway president Robert Pinoli says unlike the group that sought to revive the entire line, he believes a trail could co-exist. He said trails are well in his company's wheelhouse and that he'd like to partner with trail proponents.
"To my knowledge, we are the only railroad in the United States that has a full time trail construction crew as part of its regular payroll. We maintain a system of trails along the Skunk Line, so our crews are based out of Ft. Bragg, California."
It's unclear if any lawsuits will emerge challenging the decision.