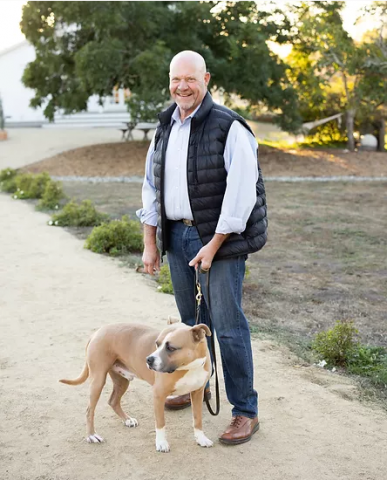 photo credit: Courtesy Carl Tennenbaum
Despite lackluster initial returns for sheriff's candidate Carl Tennenbaum, the former San Francisco police sergeant may be down, but he's not out.
With initial returns underwhelming as polls closed Tuesday, the jovial mood on the patio at Santa Rosa's Mission Kitchen + Bar, turned more sedate. Sheriff hopeful Carl Tennenbaum, had earlier told a confidante a furious campaign left him crossing the finish line primary night on fumes.
Early results showed Sheriff Mark Essick's hand picked successor, Eddie Engram leaping to a towering lead, just shy of the 50 percent plus one threshold to win the seat outright, and avoid a November runoff.
Tennenbaum, who helped push 2020's Measure P, the law enforcement oversight initiative, see's himself as a reformer. He acknowledges that if his supporters force a runoff, he'll be starting in a hole. But, he insisted, there's a real thirst among voters for a new approach to law enforcement.
"The lack of transparency with the sheriff's office, a lack of oversight, of accountability, that the sheriff appears to operate with impunity and unfortunately that's due to the bad leadership that they've had. I feel strongly that the rank and file, the line deputies are out there just trying to do their job, but they've got poor guidance, they've got poor policy, they've got poor leadership, and people are saying that to me. People are very aware of the excessive force cases, of the in custody--or sheriff related deaths and the excessive, millions of dollars are being paid out, and that's coming to me unsolicited. Obviously, that's part of our messaging, and our platform, but people are approaching me and just shaking their head and going, 'we need change.' Change is the operative word here, and that's what people are clamoring for."
Tennenbaum said he's hopeful supporters of other reform candidate will coalesce, and carry him to victory in a run-off---if there is one.