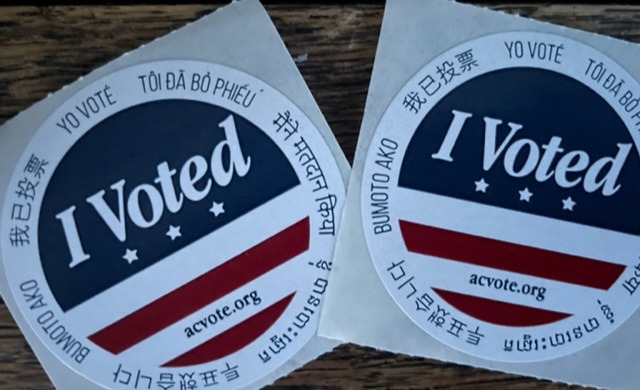 photo credit:
Preliminary results are in for the June 7 primary election.
So far, Eddie Engram is leading in the race for Sonoma County sheriff-coroner. He's received just under 50% of the vote. In second is Carl Tennenbaum with 27%
In the two judgeships on the primary ballot, Laura Passaglia McCarthy is far in the lead against John LemMon, 83% to 18% of votes cast. The other race, for Superior Court Judge Office #9, is too close to call at this point, with both Joe Passalacqua and Oscar Pardo receiving over 23,000 votes each.
Both supervisorial incumbents are ahead in the vote count; District 2's David Rabbitt has received 5995 votes to Blake Hooper's 3608. Kevin Hayenga is at 501 as of the close of polls Tuesday. In the race for District 4, James Gore has 76% of the vote to Andy Spring's 24%.
In the race for Sonoma County's next superintendent of education, Amie Carter is in the lead with 20,982 votes, Brad Coscarelli is at nearly 16,000 and Ron Meza Calloway has just over 10,000.
In Kenwood, Measure A is passing overwhelmingly at 882 yes votes to 235 nos.
We will continue to update these figures as more election results become available.