Gun lobby can be defeated with enough public pressure 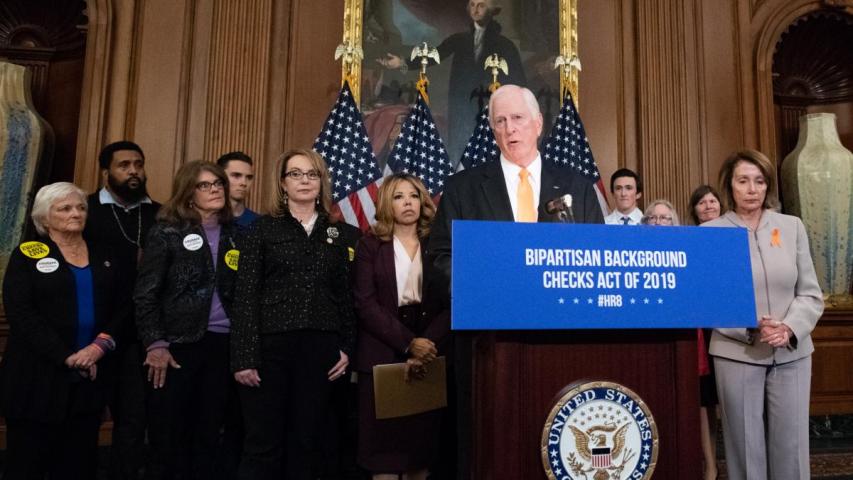 Rep. Mike Thompson advocates for gun control in this file photo
photo credit: Credit: Rep. Mike Thompson, D-Napa
Reforms capable of turning the tide on mass shootings are within reach.
That's according to some elected leaders, including North Bay Representative Mike Thompson and gun control advocates who met for an online town hall Monday.
Returning from a two week vacation, Democrats remain hopeful the increase in public pressure won't dissipate before new regulations are approved.
Legislation introduced by Thompson and others Wednesday would bar those under age-21 from buying a semi-automatic rifle, regulate large capacity magazines, straw purchases, bump stocks and ghost guns among other rules.
At the town hall Monday, Thompson said counter-action shouldn't be so controversial or difficult.
"We know background checks work. Every day 160 felons are stopped from buying a gun through a licensed dealer because of background checks. Fifty domestic abusers a day. This is an easy lift. There is no reason in the world why expanded background checks and closing the 'Charleston loophole' are not the law."
In the wake of repeated massacres, Greg Jackson with the Community Justice Action Fund, a national non-profit urging firearms regulation, shared his frustration.
"I'm honestly exhausted, because we've been having these conversations for years, and the real toll has not been our exhaustion, it's frankly the lives that have been lost along the way."
US Senator Chris Murphy, whose office organized the session, has been at the forefront of lawmakers pushing for gun control since the Sandy Hook attack in his home state of Connecticut. He urged concerned citizens to increase pressure.
"If you care about this, do one thing each day and probably it will take five minutes of your day to do that. If everybody that cares about this does one thing a day over the course of the next thirty days, we'll pass a significant, meaningful anti-gun violence bill in the house and senate and president Biden will sign it."