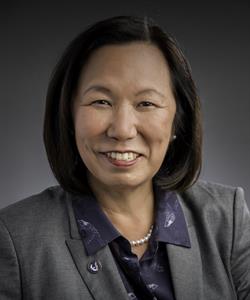 photo credit: Courtesy of CSU
Sonoma State University president Judy Sakaki has announced she's stepping down. Her resignation takes effect on July 31st. Last month, controversy erupted regarding her alleged role in the handling of a sexual harassment case involving her now-estranged husband.
Her resignation comes following a successful vote of no confidence in her leadership by faculty. Many cited a variety of issues with her leadership, not just the scandal involving her husband, as reasoning for the no confidence vote.
In a statement today, Wenda Fong with the CSU Board of Trustees said, “President Sakaki broke the leadership glass ceiling in academia by being the first Japanese American woman to serve as a university president in the United States." Fong said. The trustees thanked Sakaki for her service.
In the statement Sakaki herself said,
"I am living proof of the power of higher education. I look forward to my continued involvement in opening doors and transforming the lives of individuals, families and communities through education." Sakaki said.
According to the Los Angeles Times, the announcement marks the latest fallout from criticism over how California State University investigates and resolves sexual harassment and workforce retaliation complaints at its 23 campuses. That's a controversy that has shaken CSU’s leadership ranks and led its chancellor to step down in February.