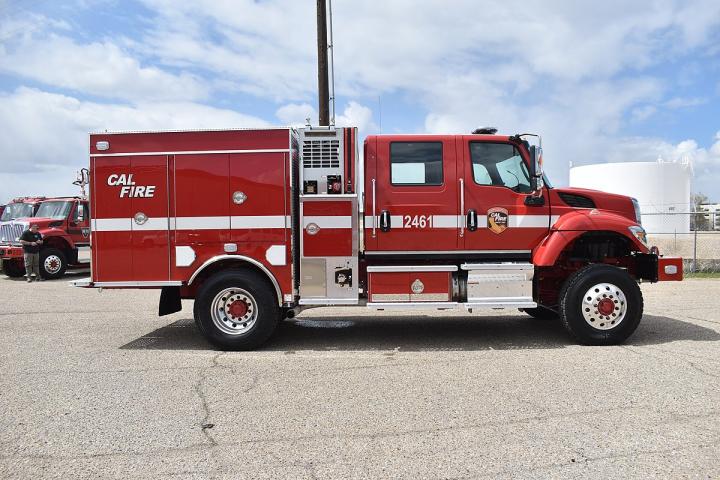 photo credit: Courtesy Wikimedia Commons
A group of legislators and firefighters gathered in Sacramento Wednesday to discuss the slate of issues facing Cal Fire during this time of critical wildfire danger.
North Bay representative Mike McGuire is the state Senate’s majority leader. He detailed plans laid out in SB1062, also known as the "Fixing the Firefighter Shortage Act," of which he is an author. He said the legislation will address the Cal Fire staffing shortage.
"Number one, we believe we need to immediately hire 1,124 Cal Fire firefighters." McGuire said. "Number two, we're also advancing a mandated minimum for firefighting hand crews. Most immediate, this legislation would mandate 16 additional hand crews of 48 firefighters. number three, this legislation would mandate a modern day staffing plan for Cal Fire."
Pete Munoa with the union representing Cal Fire employees said staffing shortage is a decades-long issue.
"The tasks assigned to Cal fire has grown exponentially due to climate change and population growth." Munoa said. "To put it in perspective, in 1976, the population of California was approximately 20 million people. Today in 2022, there are an estimated 40 million people. Cal Fire has the same amount, if not less fire engines and less personnel than we did in the 1970s."
According to McGuire, over 54,000 calls have been placed by firefighters to state mental health hotlines in the past four years.
CalFire captain Liz Brown spoke about the physical and mental toll firefighters are facing fighting mega fires, which said have only gotten worse.
"I can say unequivocally, that fires we fight today are bigger, more dangerous and more destructive." Brown said. "Gone are the days when we were able to rest, recoup, and spend time with our families during the off season; I have not heard the word off season in well, over 10 years, the human cost is being felt. Months without downtime, desperate calls for mental health, broken marriages and suicide."
SB1062 passed the state Senate in May, and now must pass through the Assembly before it can find its way to the Governor’s desk for approval.