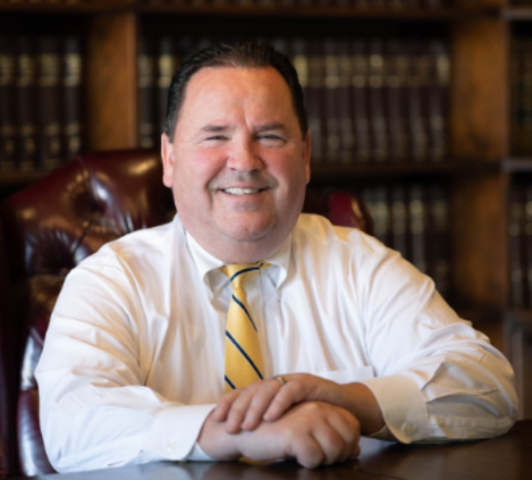 This week, as Sonoma County voters are mulling over their June 7 primary election choices, we've been talking to candidates for two rare judgeships on the ballot.

We heard from the two candidate for office #6 and from Oscar Pardo, who is running for Office #9 on the county superior court. Now we speak to the fourth and final judicial candidate vying for office #9....
PASSALACQUA: My name is Joe Passalacqua. I'm a 60-year-old man living in Windsor, California.
MART: Why did you decide to run for judge?
PASSALACQUA: It's something that I've often thought about over the years and being in the courtroom as much as I have been, I'm a litigator, so I see the judges in action, I see the attorneys in action and it's something that I've aspired to, to do.
MART: So why do you want this job?
PASSALACQUA: I think I can make a difference. I think I can take the bench and I think I can be someone that's very decisive. I've got a ton of experience. So I've seen a lot of things over the course of my career. I've done criminal law, I've done family law, I've done juvenile law, I've done personal injury, you know, auto accidents. And in doing all that it comes the with a territory that, you're in front of a judge on a, almost a daily basis. And I think that my experience makes me qualified to do the job of determining what should and should not happen within the courtroom.
MART: Okay. Got it. I've talked with the other candidates that it's...unlike a political candidate...it's hard to know your stances. How can people know your judicial philosophy, what should people look towards?
PASSALACQUA: I think they need to look to the fact that I have the endorsement of the three main law enforcement branches here in Sonoma County. I have the endorsement of the Sonoma County Law Enforcement Association. I have the endorsement of the Sonoma County Deputy Sheriff's Association, and I have the endorsement of the Santa Rosa Police Officer Association. Those are the three biggest law enforcement branches in Sonoma County. As a defense attorney, one might think it's ironic that I have the endorsement from law enforcement, but what that tells you is law enforcement respects me as an attorney because I've treated them with respect over the last 34 years of my career. Also having the judges, I have numerous judges that have endorsed me and having their support should tell the community that I'm somebody that can do the job.
I've been involved in our community, and I think people can look at my involvement that I've coached high school athletics for 25 years. I'm involved in a nonprofit called Shoes for Kids, where we try to give children in need a free pair of athletic shoes, so that can then boost their self-esteem and make them feel better about themselves. So it's, it's my life experience that should hopefully ease any concerns about what people would think you know about me being on the bench. A lot of times I tell people, it comes to common sense as to how you need to react as a judge. You have to know the law, but sometimes you have to just implore some common sense as to what needs to happen.
MART: What are your viewpoints on alternative sentencing and things like that? Are you able to express your viewpoints?
PASSALACQUA: Yeah. there's various sentencing laws that the judge has the discretion to utilize and certain cases, there's diversion, there's probation. I think what you have to do is you have to understand that each case stands on its own facts, its own merits. The judge has to be prepared to do the right thing, is it a first time offense for somebody? Does it warrant probation? Is it a multiple offender that keeps coming back into the system and it warrants prison? So as a judge, you have to be able to kind of look at your own experience in dealing with these types of cases. If we're talking on the criminal arena, what's the appropriate remedy? What's the appropriate sentence> If we're talking about family law, okay, how should custody be awarded between mom and dad? You know, what are the facts that bring mom and dad to court here? Who's the higher wage earn?
You know, again, I would have to rely on my experience as practicing family law for 34 years as to how I would hopefully exercise my common sense and and deal with the facts in each case to make a decision that's warranted.  I'm somebody that has been born and raised in this county. I'm a fourth generation native, born and raised in Healdsburg. I've lived here all my life, except for when I went away to college for two years at Chico State, and when I went away to law school at Santa Clara University for three years. My law practice has been here in Healdsburg for 34 years. I'm somebody that's in the community, I'm gonna be in the community and I think I can make a difference in helping our community, keeping our community safe. If it's dealing with the criminal arena, keeping our legal system fair. If it's dealing with the civil arena, dealing with the litigants, whether it be family law or civil law, just using my experience over my career to be a judge that's fair and impartial. Somebody that the people in our community can look at and respect the job that I'm doing.