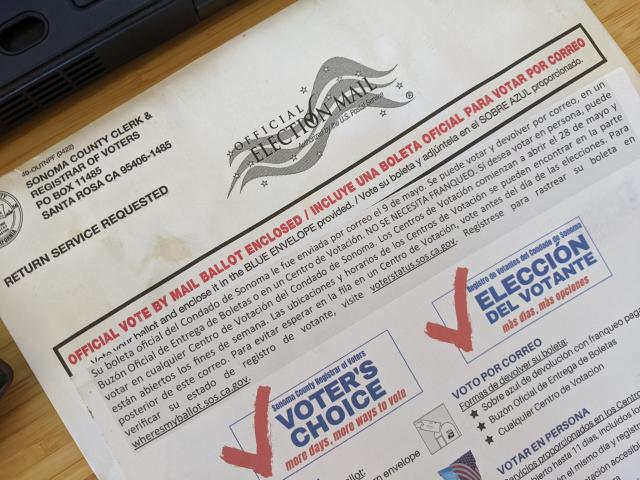 photo credit:
Despite a large number of challengers and major geographical changes to his district, professional prognosticators insist North Bay congressman Mike Thompson will easily sail to re-election.
He's turned back every challenger since seeking a congressional seat in 1998. Thompson and his mainstream Democratic positions have proven quite popular in the district. He trounced his last Republican challenger, Scott Giblin, by a 3-to-1 margin. Thompson also outperformed President Biden in the district by 4 percentage points.
This time around though, much has changed. Many voters represented by Thompson barely know him. That's not because of complacency, but redistricting.
Once centered on Napa County and dipping into Vallejo and Martinez, the district now excludes those cities, while now including the bulk of Lake, Solano and Yolo counties, nearly reaching Sacramento itself. Much of Santa Rosa, Rohnert Park and Penngrove remain in Thompson's district.
In 2020, Thompson faced a Republican and two Democrats in the primary. In the June 7th primary, three Republicans, Matt Brock, Scott Giblin and Jimih Jones are challenging Thompson from the right, while Democrat Andrew Engdahl and independent candidate Jason Kishineff look to unseat him from the left.
Ballots for the June 7th primary may be mailed in, left in official drop boxes scattered around the county, or delivered to any of seven vote centers set to open Saturday.
Another 17 vote centers begin operating June forth. Ballots must be received or postmarked by or on June seventh.