New strategy for those in crisis already paying dividends 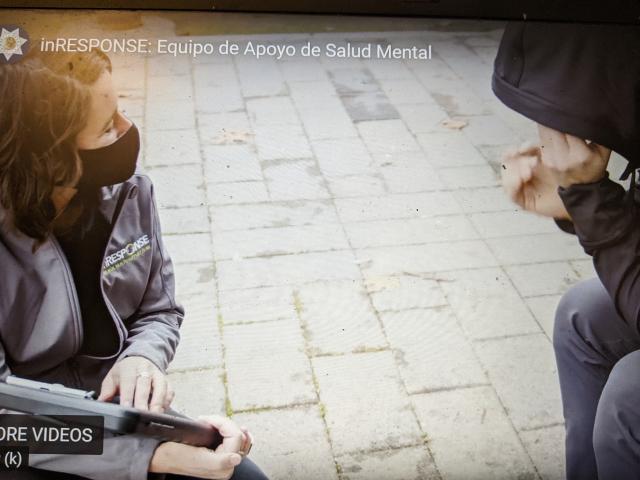 Screenshot from an official inRESPONSE program video
photo credit: City of Santa Rosa
An initiative sending crisis counselors to certain emergency calls, rather than police, is showing great promise in Santa Rosa. That's where officials reported progress to the public Monday evening on the now four-month-old program.
John Cregan, Santa Rosa's interim police chief, gave the rollout of inRESPONSE, high marks.
"At the end of the day, what success looks like for us is a better response model for those in crisis. What was clear to me, (and) I've been in law enforcement for 23 years, what we were doing, was not working. Sending a police officer, with the level of training that a police officer has and their expertise, wasn't the right response for those that are in a mental health crisis, a substance abuse crisis or a homeless crisis in our community."
Officials said as word has spread, call volume has increased. A July expansion will make crisis teams available from 7 AM to midnight. They're currently on-call noon to midnight seven days a week.
"I can't tell you how many times that community members have told me that 'I am NOT willing to call the police department,' especially when their son or daughter, adolescent youth is in crisis and they're worried about the response, and they're worried about some type of confrontation occurring, some type of miscommunication, maybe their son or daughter reaching for some type of weapon (and) it turns into an armed confrontation, and now we've had so many parents calling in and saying, 'I'm calling for help, but I want just the inRESPONSE team to come,' and that's something that's super exciting to me because now, those young people, whether they are young or old are getting the assistance that they need and sometimes, before, with our old model, they weren't getting that assistance."
Santa Rosa officials say about half of the calls involve someone in mental crisis. Another fifth involved homeless people. Cregan says he hopes to see declines in the city's jail population as people are connected with services and shelter.