Santa Rosa to test e-scooter pilot program for one year 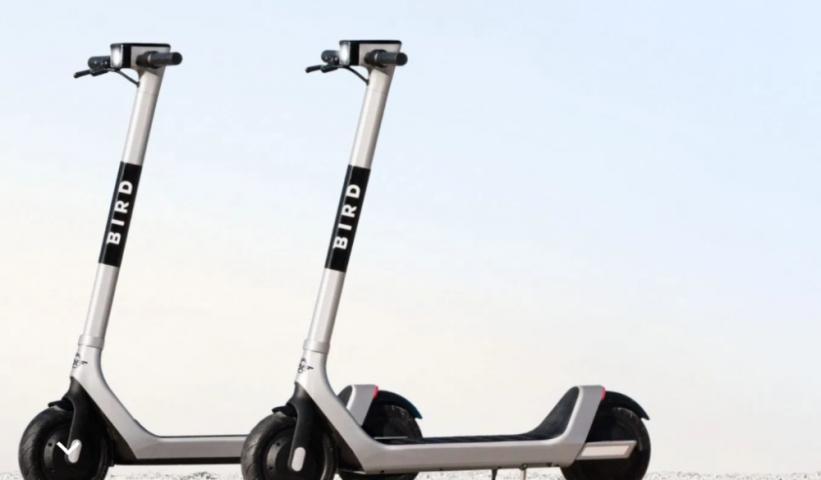 photo credit: Courtesy of Bird Rides, Inc.
The city of Santa Rosa will be adding up to 200 shared electric scooters, or e-scooters, to its streets for a pilot program that will begin this summer.

E-scooter programs have emerged in other American cities and have proven popular and green modes of transportation.

But they have also led to injuries, obstruction of streets and sidewalks, and lawsuits. Santa Rosa says it has assurances from the company that it will provide a safe service that won't pose a nuisance, so it's giving the idea a shot for one year.

Bird Rides Inc. won the competitive bidding process to snag the city permit which will deploy scooters in the downtown, the Railroad Square and Roseland areas, at Santa Rosa Junior College, and several other neighborhoods

A spokesperson for Santa Rosa says Bird will be the only company permitted to offer the scooters, which Santa Rosa hopes will become an easy way for residents and commuters to run errands or travel from transit hub to transit hub.

The scooters can be rented using a cellphone, either through the app or via text message.

There is no central spot from which to rent them; they are used and then left wherever the rider stops, in hopes that someone there might need to use one.

The Bird scooters must be locked to a fixed object such as a bike rack or street sign and cannot be left in someone's path, the street, or strewn on the sidewalk-- all problems some cities have reported.

Bird has faced lawsuits for alleged "gross negligence" and creating a nuisance in some cities and has been kicked out of others since its inception in 2017.

San Francisco yanked Bird scooters from its streets in 2018, though the company is now operating there again. Santa Cruz also booted e-scooters in 2018.

Santa Rosa says it has addressed "accessibility and safety challenges" experienced by other cities in its agreement with the operator. However, any complaints the public has about the new Bird scooters are to go to the company, not the city. Santa Rosa says Bird has assured them that complaints will be responded to in a "timely manner."

The city is giving Bird the pilot program trial period to see if it can live up to its promises of safety, accessibility and equitable access, and other concerns. Towards the end of the one-year trial period, Santa Rosa will evaluate how things went and decide whether to continue the program or end it, the city said.

Users must have a valid driver's license or learners' permit. Rentals cost $1 and then .39 cents a mile after that. Bird said it will offer half-off to income-qualifying individuals or groups, as well. Users can also sign up for daily, weekly, or monthly passes.

State law does not allow for electric scooters on sidewalks and they can reach speeds of up to 15 mph. Bird says its scooters are now equipped with sensory tech that detects when a rider enters a designated "slow zone" or "no ride zone" and "decreases the scooters speed accordingly." Such zones generally include areas with high pedestrian activity, such as Old Courthouse Square.

An April study published by the University of California Los Angeles found that the injury rate for e-scooter riders in one section of LA surpassed national injury rates for motorcycles, pedestrians, cars and bicycles.

City staff claim they researched best practices for public scooters and examined problems with them in other cities before deciding on the pilot program. The body approved the program last December in an attempt to reduce greenhouse gas emissions, reduce traffic, and offer public transportation options to residents.