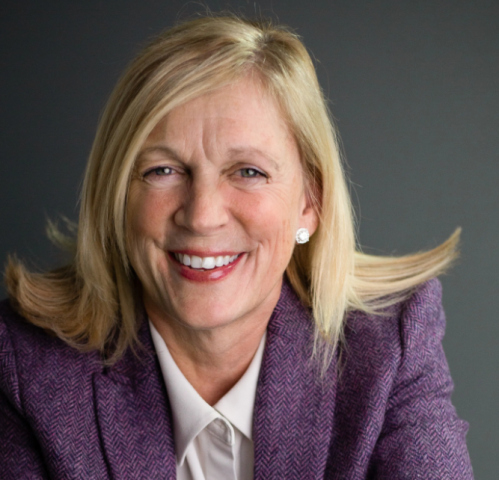 This year after over a decade of Steve Harrington in the role, Sonoma County will have a new superintendent of schools.  The position heads up the Sonoma County Office of Education, oversees county-wide education initiatives, and maintains fiscal oversight for Sonoma County’s 40 school districts.

A graduate of Petaluma High School, Carter got her start teaching in Ripon in the Central Valley, but has lived back in Petaluma for the last decade.  Currently the assistant superintendent of education services for Marin County, Carter has worked in education for over 20 years as both an educator and administrator. She said she feels that experience has prepared her best to be the next superintendent for Sonoma County.

"I've worked at every single level in education grades K through 12," Carter said, "I'm uniquely qualified to step into this role. And so that's why I'm running to serve my community and, and help the children in it."

Carter said structural issues are her area of expertise. If elected she hopes to reassess district systems and strategies that have struggled in recent years.

"My doctorate’s in organizational change leadership. So I look at those big system shifts and I think that's where definitely the county office would be there to, to help a district. I think those school boards are dealing with a lot and really trying to make some hard decisions. And I wanna be a county leader. That's got their back and is there to help them out." Carter said.

Among the most important structural issues affecting Sonoma County is declining enrollment.

"This is a California wide process. California data is telling us it could be up to 16% of students declinement. And so it's, it's where we are with our birth rates with, you know, some families exiting." Carter said.

Carter conceded that cuts will be necessary with declining enrollment in Sonoma County’s schools.

"There’s just no way around it, we’re going to have to adjust." Carter said.

"Whether our communities are interested in going down a consolidation or, or unification strategy. I still think there's opportunities to create some cost efficiencies. I've seen models where you can share a superintendent. You can have a superintendent that's overseeing a couple of small districts." Carter said.

With only 34 percent of surveyed Sonoma County students reporting that they feel a part of their community at school during covid, 10 percent below the national average, Carter said covid has made many educators rethink old systems, and she plans to put student voice at the center of new practices.

"The, you know, Sage on the stage. I'm gonna sit here and talk to you is just not gonna work. We need to listen to our students. Uh, I do think technology offers us so many modalities." Carter said. "I've seen VR education where our students are, are able to put on VR headsets and go, you know, walk, walk Gettysburg in the battlefield or, or actually do algebra and see what a parabola looks like." Carter said.

Another major issue for Carter is supporting the mental health of students.

"And for me that looks like investing in teacher training, making sure that teachers have the tools they need to support kids and their mental health and their social health. But then you've also gotta have the resources on campus." Carter said.

"And that's where students can, you know, get a pass, go to the wellness center and there's resouces. They can learn mindful techniques, there's therapists there. And if there's, you know, a more acute mental health need, it's there to serve them. You know, we've gotta, de-stigmatize this conversation." Carter said.

To help with recruiting and retaining quality staff for Sonoma County’s schools, Carter said teacher housing would be among her top priorities.

"The county office of education really can play, play a nice role leaning in on this. The Sonoma County Office of Education already has a parcel of land that we're working on and getting it ready to offer that housing. So that's gonna be a great project. And my hope is it's just the first of many." Carter said.

As for the diversity of the staff, Carter said she recognizes how important it is for student success.

"We gotta do better here in Sonoma. Cause there's a lot of great research around how important it is that your staff look, look and reflect the culture of your students." Carter said.

"One of the things that I've done in my county office work is, uh, wrote a grant so that we can start growing our own. We've gone into the, the most highly diverse high schools and started students from their sophomore year and started to educate them about the opportunity to become a teacher we're offering those same students in their senior year, the opportunity to work as para educators in the classroom." Carter said. "And as long as they're doing that, we can support their tuition even after high school."

More information on the superintendent of schools race and the June 7th primary election can be found at registertovote.ca.gov or at the county's election page.