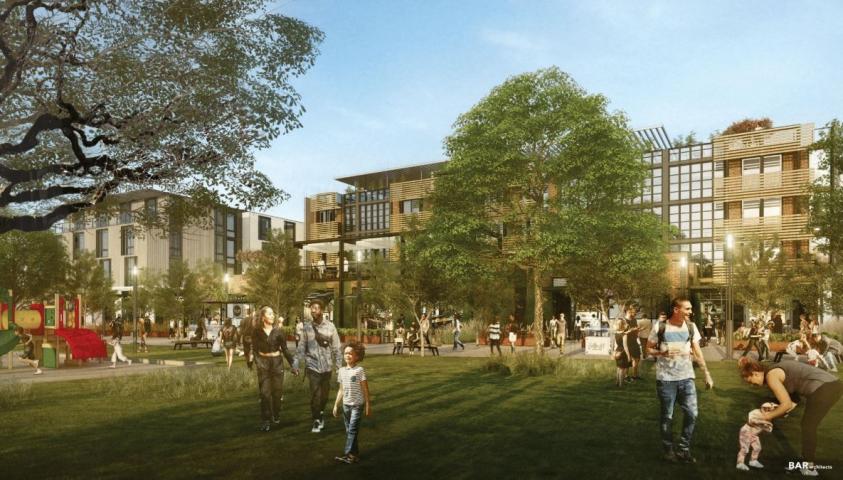 Conceptual rendering of the proposed 'civic center' project
photo credit: Town of Windsor
Windsor voters have chosen Mike Wall to join the town's council, as results in a special election there continue to be tallied following Tuesday's mostly mail-in balloting.
Preliminary results showed Wall with a commanding lead over Stephanie Ahmad. The choice for voters may have hinged on plans to build a civic center on the town green, rather than personalities or other issues.
In the campaign, Wall came out against the project, while Ahmad indicated she was open to supporting at least certain aspects of it.
The proposal has seen support wane, and fomented division among the town's elected leaders. Windsor mayor Sam Salmon says it appears the election may settle the issue.
"I think we finally did get an answer, and that was really what I thought the election was about, was trying to get an answer to 'do you want to develop the town green? Do you want to develop the way Mr. Robert Greene has presented? Do you want new civic center buildings? Do we want to buy the fuel company and move everything?' I think for me, the answer is no," Salmon told KRCB.
The county election office has 30 days to certify the election results. Wall has garnered more than 58% of the ballots counted thus-far, compared to Ahmad with just shy of 39%. Wall leads Ahmad by 905 votes. According to the Sonoma County elections office, just 28% of registered Windsor voters cast a ballot in the April 12, 2022 special election.