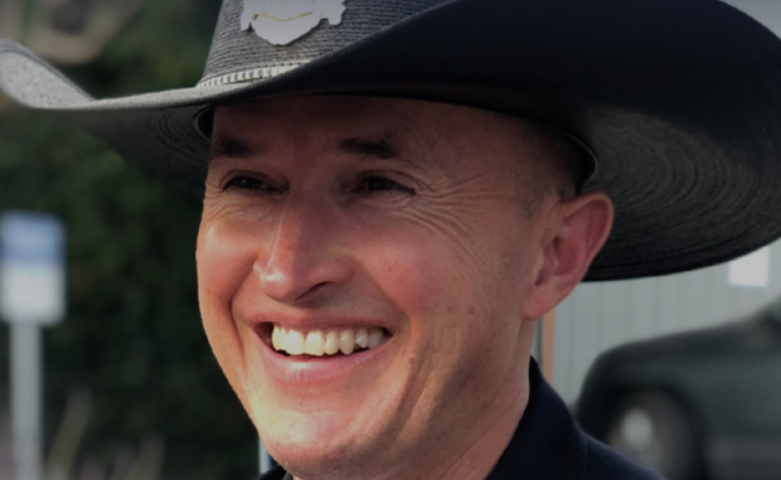 Kevin Burke shown here on his 2022 campaign website.
photo credit: Courtesy of the Burke campaign
Many in the law enforcement community and in the city of Healdsburg are in shock, coming to terms with news that Kevin Burke, until recently the well-liked chief of Healdsburg Police, has died.

"He was such a great community member, colleague, friend," Jimenez told KRCB. "And so it pains me, it pains me to see someone so bright and full of future to make the decision that he did, and it pains me because so many of our LGBTQ people, specifically LGBTQ people in positions of leadership need support, especially in rural areas."

Initial reports suggest suicide as the cause.

Assistant Sheriff Eddie Engram posted on social media that Burke's "unexpected death is a tragedy and I am heartbroken for his family. My sincerest condolences go out to Kevin’s family, friends, and colleagues during this incredibly difficult time."

Dave Edmonds, who like Engram is seeking the sheriff's office, offered his "deepest, profoundest condolences to Kevin Burke and his family."

You can read KRCB's stories on Burke's candidacy here and here.