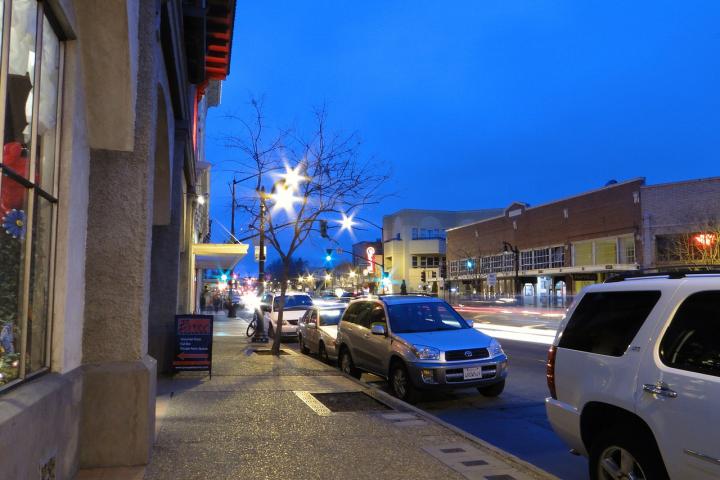 Petaluma
photo credit:
Setting a goal of being carbon neutral by 2030 is easy enough. Making it happen though, as Petaluma officials are learning, involves a lot of moving parts.
Meeting for more than three hours Monday, elected and appointed leaders spoke of moves to significantly reduce the amount of vehicle parking in Petaluma. The goal is to cut traffic, reduce accidents, and curb emissions.
"If we have any true belief in the climate goals we set for ourselves, we have to start nudging people in the right direction," said Councilman Dennis Pocekay.
But issues, built over decades, will take time and great effort to unwind, said Thomas Brown is with the traffic engineering firm Nelson\Nygaard, serving as a consultant on the 'visioning' project.
"The walking experience between destinations is dominated by car traffic. It becomes a little less safe, a little less comfortable to walk, so more people drive, then the more people are driving, the less comfortable it is to walk and pretty soon you have places where it's not comfortable to walk anywhere, except from your car to the front door."
There is also concern that the effort, however lofty, isn't particularly realistic.
Petaluma lacks comprehensive mass transit, many who live here work elsewhere, and many with jobs in Petaluma, can't afford to live within a proximity where non-vehicular travel is practical.
Councilman Dave King, drove the point home, citing the consultant's own report.
"Eighty-five percent of people in the city get to work by car and nine percent work at home."
Councilman Mike Healy warned that inducing parking scarcity could cause real problems, should commerce return to several vacant downtown buildings. And if an Amy's Kitchen plan to expand proceeds.... "I don't see downtown parking surviving that," he said.
Mayor Teresa Barrett disputed that scarce parking would hurt.
"If we keep downtown vital, and we really make it a place that people want to go, people will go there and they'll figure out a way to get there that works for them and works for others," she said.