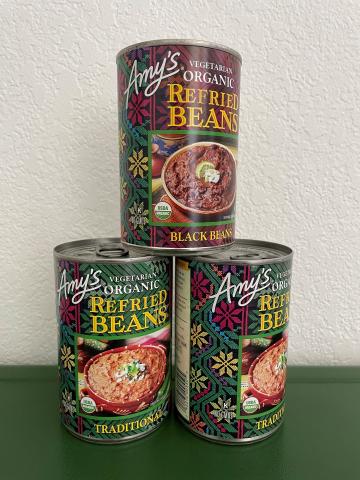 Editor’s Note: This is part one in a series of interviews and reporting on workplace conditions and unionization efforts at the Amy's Kitchen production facility in Santa Rosa. Part two, a response from Amy's Kitchen company officials, will air early next week.

Tensions remain high at the Amy’s Kitchen production facility in Santa Rosa. As a boycott of Amy’s products grows and a union drive picks up steam, both sides are waiting on an impending report from state workplace regulators.

Last week Mandela Grocery Coop in Oakland joined two Portland-based grocery coops in boycotting Amy’s Kitchen products. While small, the boycott has added to increased scrutiny on the Petaluma-based company. Much of that scrutiny comes from a workplace safety complaint filed with CalOSHA in January by an employee.

"My predecessors took a crack at it a couple times in the last ten years, but this latest time, a few workers reached out directly to us interested in organizing and forming their union." Delorio said.

Amy’s, which recently received B Corporation certification for adhering to certain social and environmental standards, touts its humble beginnings and progressive business practices on its company website. Like providing a health clinic for workers, the Amy’s Family Health Center, at the Santa Rosa facility. But Delorio alleges the clinic fails to protect injured workers.

"Employees basically have told us that the staff there has come out and said, well, they want you back to work, so we're going to need to send you back to work,” Delorio told KRCB News in a Zoom interview Wednesday. “I mean, so they're controlling a medical facility where they send their workers when they're injured, they're acting like they're doing this great deed."

Delorio says the Amy’s workers and the Teamsters' first wish is to sit and speak with Andy Berliner, Amy’s co-founder and CEO.

"We're just asking if you would and sit down and hopefully kind of really realize what's going on at the workplace and maybe something could be settled at that point," Delorio said.

On Thursday, Amy’s Kitchen corporate office did respond to KRCB News' request for comment. Listen for that interview in the coming days.